Ginger and Its Benefits

Ginger is a unique spice with a distinct aroma and flavor that is commonly used in many dishes. It is also used to enhance the flavor and nutrition content of many beverages, including fruit and vegetable juices. Ginger can be used fresh or ground for cooking and baking. It can also be used in making homemade lozenges.

Ginger is a flowering plant, and its root is used in cooking and medicine. It is widely used as a spice and is also used as a folk remedy. It is an herbaceous perennial plant with annual pseudostems that grow about one meter tall and bear narrow leaf blades.

Ginger is commonly used to treat rheumatoid arthritis and osteoarthritis pain. It also relieves the pain of upper respiratory tract infections. It can also relieve the symptoms of bronchitis and cough. In addition, ginger contains a number of antioxidants that help manage free radicals in the body.

Ginger is a nutrient-dense vegetable with a distinctive flavor and aroma. It’s a versatile ingredient in cooking, and is often added to smoothies and vegetable juices. You can also use ginger grated or ground, which will enhance the flavor and provide additional nutrients.

Ginger has many health benefits, from reducing the risk of heart disease and strokes to promoting blood vessel health. It is also known to reduce inflammation, which can contribute to brain conditions such as Alzheimer’s disease. It can also lower cholesterol levels, which can clog arteries and cause problems with the heart. Ginger also boosts circulation and reduces the levels of blood sugar, helping the heart stay in top shape.

Another beneficial effect of ginger is that it helps the digestive process. It is known to help the digestive tract empty more quickly, thereby decreasing the risk of indigestion and heartburn. In addition, it also promotes healthy digestive enzymes. As a result, it can improve digestive issues, including dyspepsia.

Ginger is high in antioxidants, and it reduces the effects of oxidative stress, which is when the body has too many free radicals. Free radicals are toxins produced by metabolism, and they can cause cellular damage. Antioxidants help the body get rid of free radicals, so it is essential to consume enough of them in your diet.

Ginger is a versatile spice that is used for a variety of health benefits. It is a great natural remedy for a cold and helps you regain lost energy. It also has antiviral properties, which help reduce respiratory tract infections. In addition, ginger can improve the health of your blood by lowering your total cholesterol and blood sugar. This can prevent the formation of blood clots and other serious heart problems. A small amount of ginger a day can also help lower your risk of heart disease and stroke.

Ginger is a native of Southeast Asia, and is used for a variety of cooking and medicinal purposes. It is also a low-calorie food, with just 20 calories per quarter cup serving. According to the USDA’s FoodData Central, ginger is low in fat and protein, and has trace amounts of vitamins and minerals.

Ginger is also effective in alleviating nausea, especially during pregnancy. A review of over 100 clinical trials found that ginger significantly reduced nausea and vomiting in pregnant women. It has also been shown to reduce nausea after surgery and chemotherapy. It can also reduce gas and fermentation in the stomach. In addition, ginger has antioxidant properties, which help manage free radicals, which can cause cell damage.

Ginger is an excellent remedy for several health conditions, including inflammation. Studies have shown that it can reduce the level of pro-inflammatory markers in the bloodstream. Its antioxidant properties may also help prevent cancer. However, more research is needed before its benefits can be confirmed. Researchers have also noted that ginger helps protect against oxidative stress, which has been linked to several brain diseases, including Alzheimer’s.

Ginger has antiviral and antibacterial properties, which are helpful in treating many health issues. It is especially beneficial for people with respiratory disorders, allergies, and asthma. Ginger also stimulates blood circulation. Regular consumption of ginger tea can help prevent blood clots and lower the risk of heart disease. It can also help treat nausea from colds and allergies.

Ginger tea contains antioxidants, which can reduce the risk of diabetes and poor blood sugar control. Antioxidants help the body produce more insulin and inulin, which shuttle glucose from the blood to cells.

Ginger root is a popular spice that is used in many recipes for its anti-inflammatory and immune-boosting properties. This versatile spice also helps with digestion and brain function. Studies have shown that ginger helps reduce inflammation, a symptom of degenerative diseases. For these reasons, ginger is commonly used in health drinks, diets, and nutrition plans.

Ginger root can be purchased fresh from a grocery store or farmers’ market. Its crisp yellow flesh can be added to a stir-fry or mixed with a smoothie. It can also be added to a foot soak or hot bath. The spice pairs well with garlic, soy sauce, and salmon.

Ginger is a popular spice in Asian, Middle Eastern, and Indian cuisine. It’s also an essential ingredient in many traditional Chinese dishes. You can also use ginger in teas, baking, and herbal blends. The side effects of ginger are minimal in healthy adults. A few people experience mild heartburn, throat irritation, and abdominal discomfort, but these are rarely serious.

Benefits of turmeric and ginger

The benefits of turmeric and ginger are numerous, and they are both great additions to a healthy whole-food plant-based diet. Turmeric is a natural anti-inflammatory, and ginger is said to help prevent muscle pain. The two spices have a similar taste, but they each have different properties.

Ginger is believed to help regulate blood sugar and lower cholesterol. It also helps with digestion, particularly of fats. It is also beneficial to people who are on a ketogenic diet. Adding fresh ginger to a cup of tea can lower blood sugar by 10 percent, and it reduces hemoglobin A1C levels.

Turmeric is best known for its anti-inflammatory properties, and it has been found to help fight against cancer and improve liver function. Ginger is also known to reduce stomach problems and is an antioxidant. Combined, turmeric and ginger can reduce muscle pain after a workout. To make a turmeric ginger elixir, simply grate fresh ginger and turmeric.

Ginger has been around for ages, and it’s a proven medicine for many ailments. It has antioxidant and anti-inflammatory properties and is safe to add to your diet. It is also known to relieve nausea and upset stomach. Besides its digestive benefits, ginger can improve your immune system and boost your metabolism. In addition, it can relieve fatigue and migraine headaches.

Raw ginger is especially beneficial when eaten on an empty stomach. It helps reduce your desire to snack, which can lead to weight gain. It also contains good bacteria, which is commonly known as “biotics.” The good bacteria in ginger keep you regular, which in turn helps you keep your diet on track.

Raw ginger also helps stabilize blood sugar levels. This is important for diabetics and pre-diabetics. It also helps curb hunger and lowers triglycerides. It is best to eat at least one gram of ginger per 10 pounds of body weight per day.

Eating raw ginger on an empty stomach can have a number of benefits for the body. It can improve digestion, clear skin, and boost energy levels. It can also relieve some common ailments, such as nausea and upset stomach. Eating ginger can also help you lose weight, as it suppresses your appetite. It can also cleanse the digestive system, giving you more energy throughout the day.

Ginger also helps control blood sugar levels. It improves glucose tolerance, which is important for people with diabetes or prediabetes. It can also reduce hunger pangs, especially if you eat it on an empty stomach. Typically, it’s best to eat one gram of raw ginger per 10 pounds of body weight per day.

Ginger has antibacterial and antifungal properties, which help fight germs. It can help prevent periodontal disease, which is a serious infection of the gums. Ginger can also help brighten teeth. Its antibacterial properties may also relieve the discomfort caused by indigestion, especially if consumed on an empty stomach.

Lemon Water and Its Benefits

How to Save Money 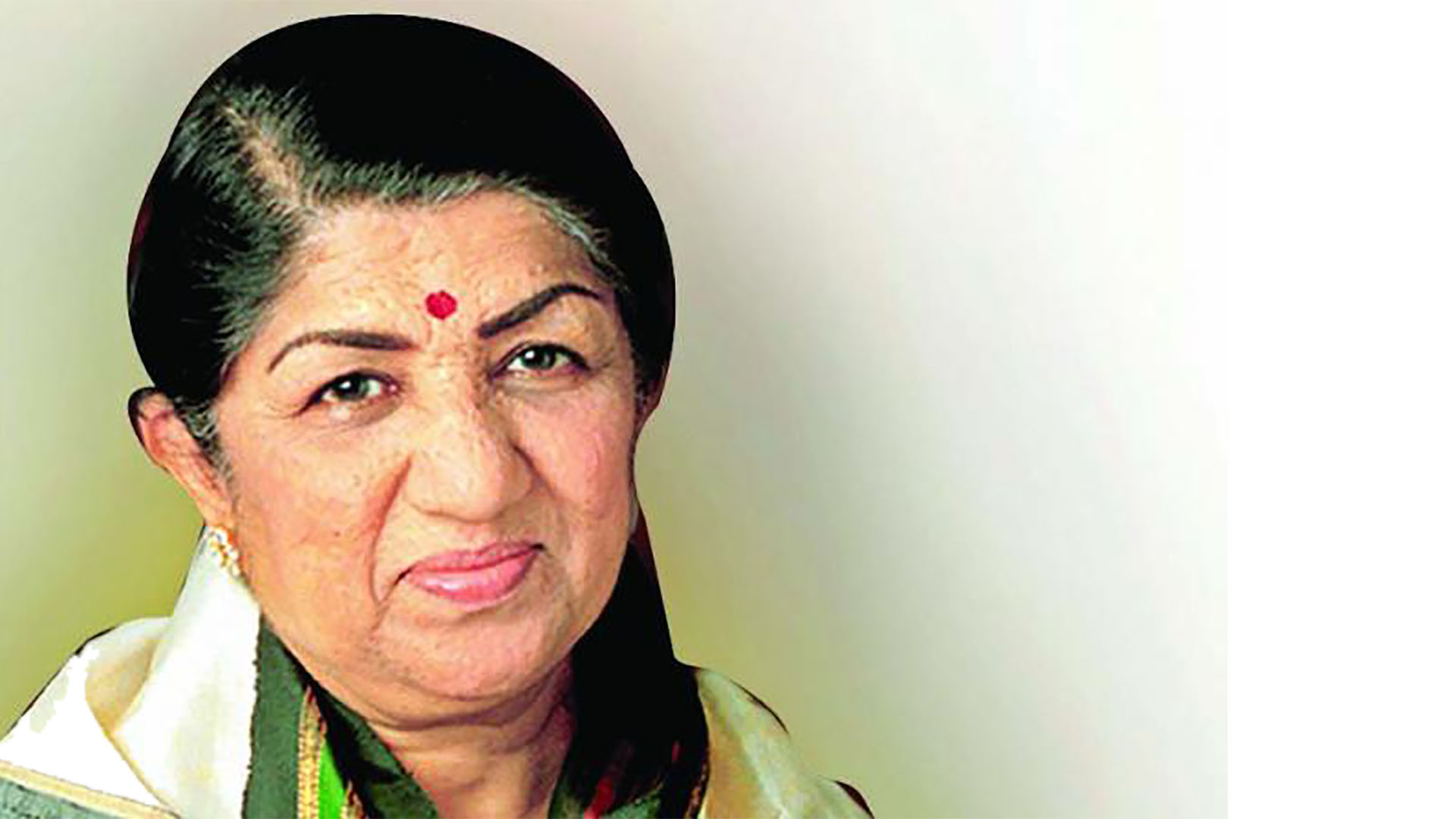