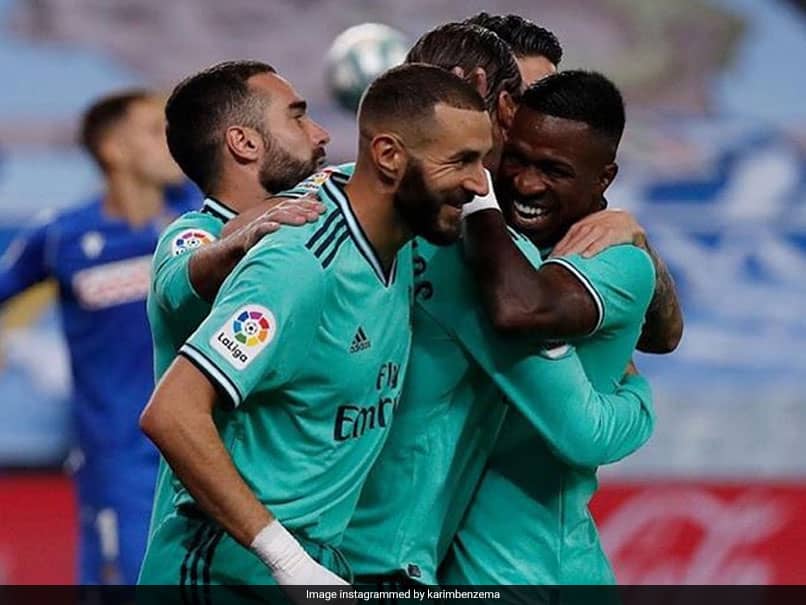 The spat between Real Madrid’s star strikers Karim Benzema and Vinicius Jr, which started during the Champions League game at Moenchengladbach is “over”, coach Zinedine Zidane said on Friday. As Real Madrid prepared to come out after the half-time break on Tuesday trailing 1-0 to Borussia, cameras and microphones in the tunnel caught a conversation in French between Benzema and compatriot Ferland Mendy, a defender. Indicating the 20-year-old Vinicius, the 30-year-old Benzema said: “He does what he wants. Don’t play with him, brother. He plays against us.” The pair were then seen talking to Vinicius though the words were not caught by the microphone.

Vinicius was replaced by Eden Hazard in the 70th minute with Real 2-0 down. Benzema scored in the 87th minute and Casemiro in added time to salvage a 2-2 draw.

Benzema’s words were widely reported in the Spanish media. On Friday, Zidane confirmed the two strikers had words.

“There was a discussion between Benzema and Vinicius,” Frenchman Zidane said. “And that’s it, it’s over.”

“The only thing is that you can’t let it hang around,” Zidane said.

“There’s a discussion between the two players and that’s it, it’s over. The next day, we move on to something else”, Zidane said.

“I know how much people like these little spats. But I can only say that it happened and that it will happen again. And I think that, from time to time, in the heat of the moment, it also shows the character of the team,” said Zidane adding that he was speaking from experience.

“It happened, and not only me to another player, but other players to me too”.

“Don’t Know If…”: Harbhajan Singh Speaks About His Future In IPL