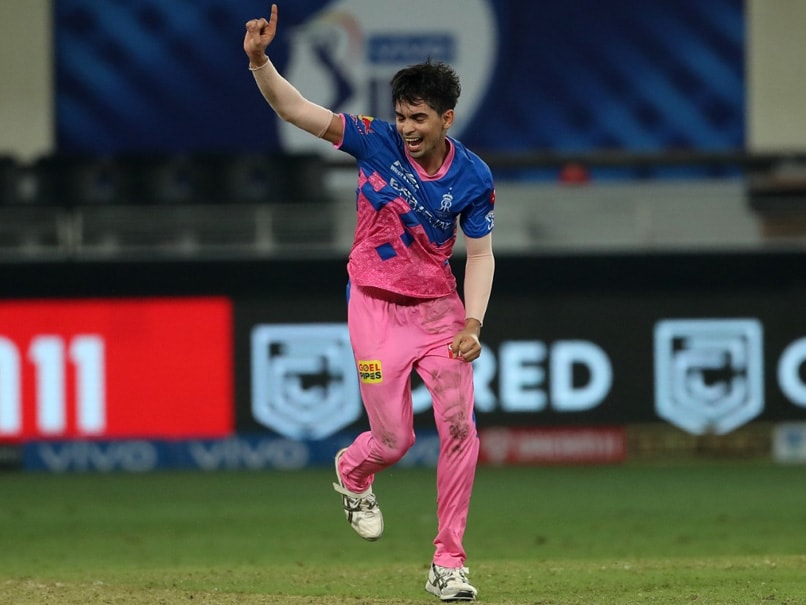 Kartik Tyagibecame the talk of the town after his sensational final over against Punjab Kings in Dubai on Tuesday. The 20-year-old Rajasthan Royals pacer held his nerve and defended four runs in the last over of the match to seal a thrilling two-run win over Punjab Kings. Punjab Kings were looking comfortable to take the two points with eight wickets in hands and only needing four to win, however, Kartik bowled six full deliveries and managed to pick two wickets as Punjab Kings batsmen succumbed under pressure. Kartik’s final over figures read – 0,1,W,0,W,0.

IPL’s official Twitter handle praised the youngster for keeping his nerve and bowling a stunning last over to clinch the win for Rajasthan Royals.

Watch the video of Kartik Tyagi’s stunning final over:

In the match, after being sent in to bat, Rajasthan Royals posted a competitive total of 185 from their allotted 20 overs. Evin Lewis (36), Yashasvi Jaiswal (49) and Mahipal Lomror (43) were the main contributors with the bat.

Chasing 186 for the win, Punjab Kings got off to a flying start with openers KL Rahul and Mayank Agarwal putting on 120-run stand.

Rahul and Mayank departed in the span of seven deliveries but debutant Aiden Markram kept the innings going with Nicholas Pooran.

Markram was left stranded at the non-striker’s end as Pooran and others failed to take their side over the line.

Australia vs India: Wasim Jaffer Steps Up His Game With Latest Riddle For Ajinkya Rahane, Fans Solve It