“They Thought I’m Retiring”: MS Dhoni On Being Asked For Signed CSK Jerseys 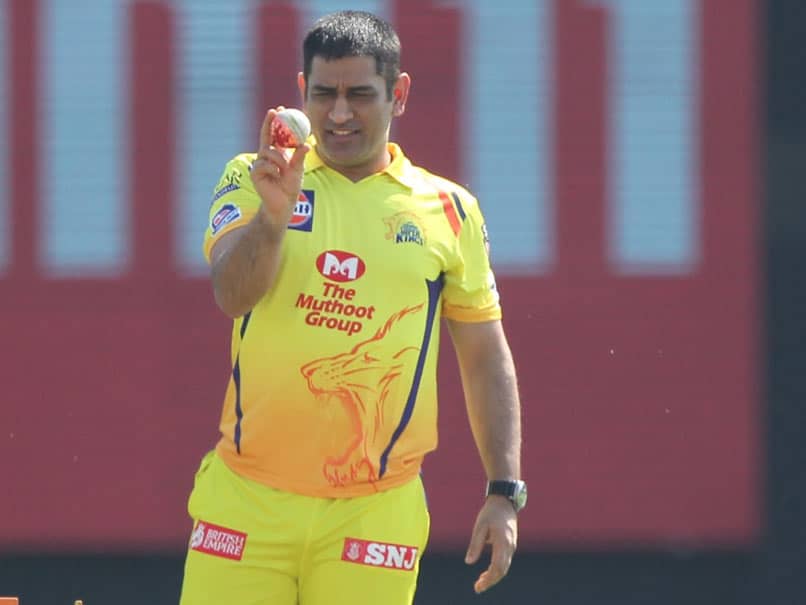 MS Dhoni-led Chennai Super Kings registered a comfortable win over Kings XI Punjab in their last league fixture in the ongoing Indian Premier League on Sunday. Dhoni had brought joy to many cricket fans with an announcement earlier in the day, saying that he is “definitely not” retiring from IPL and will be back in action next season for CSK. After the emphatic win, Harsha Bhogle teased Dhoni and told him that it’s good that the CSK skipper has some jerseys left as everyone is sneaking one from him. “Good to see you’ve got some jerseys left because I noticed, everyone is sneaking one off you,” Bhogle said at the post-match presentation at the Sheikh Zayed Stadium. Dhoni cheekily replied that maybe the players thought he is retiring.

“Maybe they thought I’m retiring. You know… retired from international cricket and maybe I’ll retire from the shortest format also.”

Bhogle then used the two words which were trending throughout the day thanks to MS Dhoni — “definitely not,” he said with a smile.

Dhoni further mentioned that since the next IPL is only a few months away, he is looking forward to preparing for it provided there is no lockdown in place.

“Well, it is only a few months from now so that’s a good thing. And hopefully no lockdown so you can put in a lot of pressure on the skill aspect. A lot can be planned provided there is no lockdown,” Dhoni concluded.

Dhoni’s CSK finished seventh on the points table with six wins from 14 games. This was the first time in IPL history that the Chennai-based franchise failed to qualify for playoffs.

Lessons From Listing Photos: This Successfully Flipped Spanish-Style Mansion Has Our Full Attention