There is only one ‘Thala’ and everyone knows who he is: KL Rahul 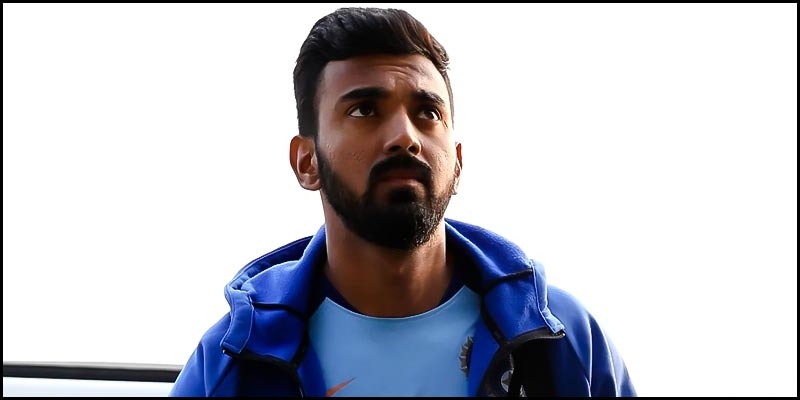 KXIP’s skipper KL Rahul has arguably been one of the most reliable and consistent players of the ongoing edition of the Indian Premier League. With a total of 525 runs in 9 matches at an average of 75, Rahul is currently in possession of the Orange Cap as well.

KL Rahul also played a significant role in his team’s victory during their last match against Mumbai Indians at the Dubai International Stadium, which saw a historic second Super Over. He was showered with praises by viewers and experts for his incredible show of captaincy as well as his batting skills after he scored 77 off 51 deliveries at a strike rate of 150.8. In a post regarding the memorable day for the Punjab team, Rahul had written, “A night to remember,” along with a couple of pictures from the match. A Twitter user had commented on Rahul’s post, calling him ‘My Thala.’ Responding to the remark, Rahul had written, “There is only one Thala Gajal, and everyone knows who he is.” The heartwarming comment by KL Rahul left a number of fans of MS Dhoni over the moon. 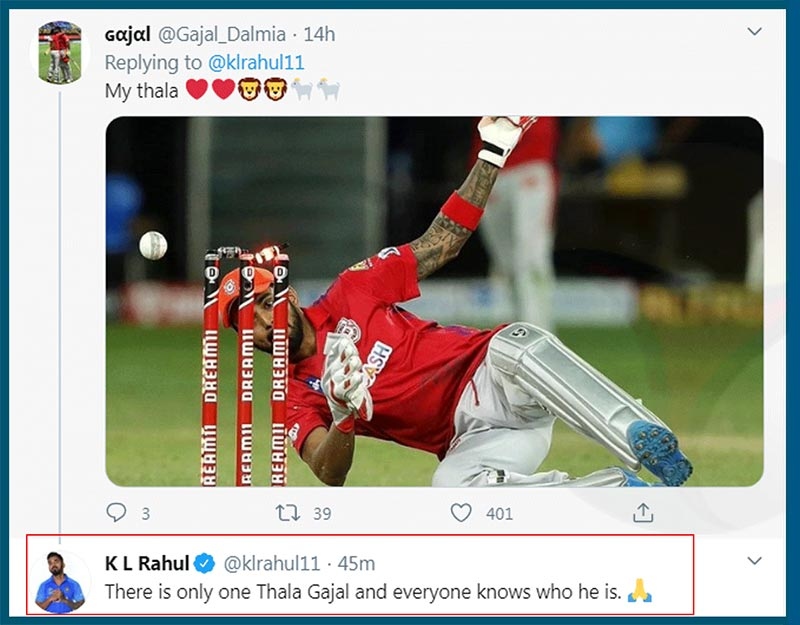 CSK’s supporters have always addressed their beloved Captain as ‘Thala’ and Dhoni had once mentioned in an interview that he always received a lot of love and affection from people in the South, especially Chennai. “Thala basically means brother, so for me, it’s more the abstract of the fans, the love and affection towards me is the reflection of that. Whenever I am in Chennai or down South they never call me by my name. They address me as ‘Thala’ and the moment someone calls me Thala they are showing their love and respect but at the same time he is a CSK fan,” Dhoni said.

There is only one Thala Gajal and everyone knows who he is. ??