Realme’s expansion in Europe is picking up speed – starting today, you can pre-order the Realme 7 and 7 Pro. Both come with a “3+2” service, that is a 3-year warranty and a 2 month free replacement policy. That’s one year and one month more, respectively, than the norm for phones in Europe.

The Realme 7 Pro comes with a 65W SuperDart charger, which is as fast as Europeans have seen. A dead battery can get a 43% charge in 10 minutes and if you can wait 24 minutes more, that will go up to 100%. 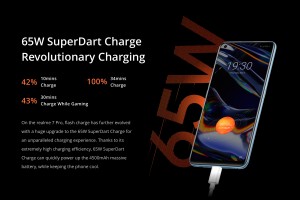 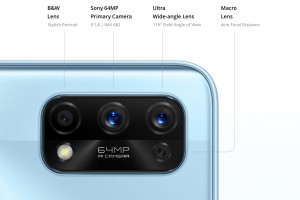 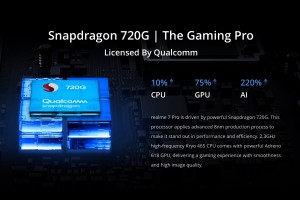 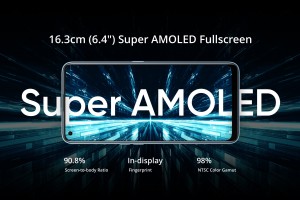 This phone boasts a 64MP main (Sony IMX682) and an 8MP 119° ultrawide cameras on the back. The 32MP camera on the front is embedded into the 6.4” Super AMOLED display (1080p+ resolution panel with a built-in fingerprint reader).

The Pro is powered by a Snapdragon 720G chipset and runs Android 10 out of the box, however Realme revealed that it will be updated to Android 11 with Realme UI 2.0 next month.

The Realme 7 Pro will be available on Realme.com and Amazon starting October 13. There is only one configuration, 8 GB of RAM and 128 GB storage, it costs €300/£280. You can have it in Mirror Silver or Mirror Blue.

The Realme 7 has an inclination for gaming. It switches to a 6.5” IPS LCD with 90 Hz refresh rate and a MediaTek Helio G95 chipset, which has a beefier GPU than the Snapdragon of the Pro.

Note that the European model is slightly different from the one that launched in India. For one, the base RAM capacity is now 4GB (but you can still have 8GB if you want). Also, the main camera uses a 48MP sensor instead of 64MP, the 8MP ultrawide cam is unchanged. There’s NFC on board as well.

The vanilla 7 has a slightly larger battery than the Pro, 5,000 mAh, though it doesn’t charge as fast. Okay, now we’re sounding spoiled – the 30W Dart charger is still pretty fast, it can push the battery from 0% to 50% charged in 26 minutes.

Both models are the first to get TÜV Rheinland’s Smartphone Reliability Verification, which includes 22 major and 38 minor tests that cover 3 areas (daily use, component reliability and extreme environment).

The Realme 7 starts will be available from October 21, coming in Mist Whit and Mist Blue. The impatient can pre-order today from Realme.com and Amazon.

Andrea reveals her hidden love : all u need to know