Suriya made Vadivelu cry many times 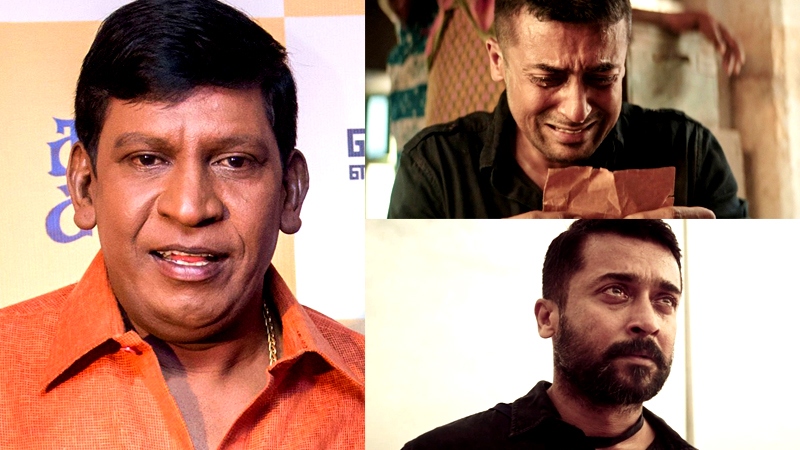 Vadivelu has been spending the majority of his time in his home village near Madurai for the past several months and visits Chennai only when necessary. He has become active on social media lately and has been posting important messages including coronavirus awareness.

Today Vadivelu has shared that he watched ‘Soorarai Pottru’ movie and has been floored by it. He has written in Tamil “Every time my younger brother Suriya cries in the movie the audience too feel the emotion and cry. My heartiest congratulations to the team for delivering such a great film for my people”.

Its a great complement indeed that the legendary comedian who is used to making audiences laugh feeling the emotions in ‘Soorarai Pottru’ and rewarding it through tears.

‘Soorarai Pottru’ directed by Sudha Kongara has received unanimously positive reviews from audiences all over the world and rich praises are being showered on Suriya, Sudha, GVP, Aparna Balamurali and the rest of the cast and crew.

Is India cooking up a trade new deal with ASEAN following exit from RCEP?

Can a special dividend by L&T trigger upside in the stock?