Superstar Shah Rukh Khan was last seen in the unconventional sci-fi drama Zero (2018), where he essayed the role of a dwarf. The film sadly bombed big time and SRK then decided to take a while in deciding his next. Sadly, the search for an ideal script took more than what was expected. In the process, Shah Rukh stayed away from the sets (as a leading man) for almost two years. 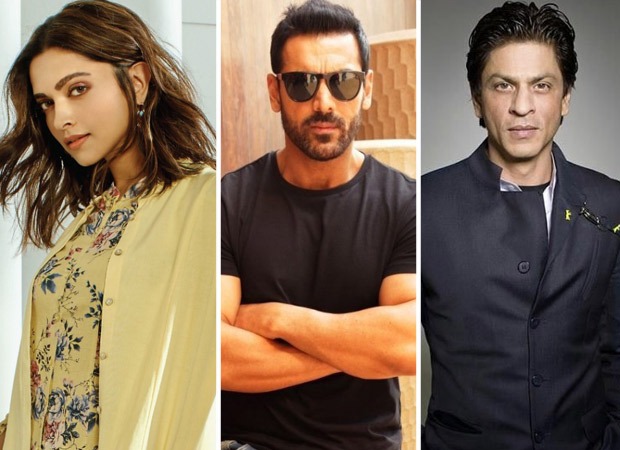 However, there’s good news for SRK fans. The talented actor is all set to finally start shooting for the much awaited film, Pathan. A source close to the project says, “The pre-production of the film has been going on since a while. The team of the film is now almost geared up to take the film to floors. They have decided to do so in November-end. It’s a brief schedule and will take place in Mumbai.”

Besides Shah Rukh Khan, Pathan also stars Deepika Padukone and John Abraham. But the source adds, “Deepika and John won’t be a part of the Mumbai schedule. They will join the team next year when the filming will take place overseas. The team is still finalizing on the international locations where the film can be shot. The decision is taking some time due to difficulties that have arisen due to the spread of the Coronavirus.”

Reports also suggest that Shah Rukh Khan will be sporting long hair for a part of the film. This speculation grew after he was spotted with the hairdo at a recent IPL match in Dubai. The source refuses to divulge about his look and signs off by stating, “All we can say is that Shah Rukh Khan’s look will be loved. The comeback will be worth it. SRK, too, is excited about starting the film!”

Pathan will be directed by Siddharth Anand and is produced by Aditya Chopra’s Yash Raj Films. Incidentally, it is also a part of the ‘YRF 50’ and is one of the biggies being produced by the esteemed banner as part of its 50th anniversary.

Meanwhile, Shah Rukh Khan, in the interim, shot for two films where he has a cameo. The first one is Rocketry: The Nambi Effect, starring R Madhavan as former ISRO scientist Nambi Narayanan. The other film is the highly anticipated Brahmastra, starring Ranbir Kapoor, Alia Bhatt and Amitabh Bachchan. After Pathan, SRK is also expected to begin work on Rajkumar Hirani’s next and Atlee’s action entertainer.