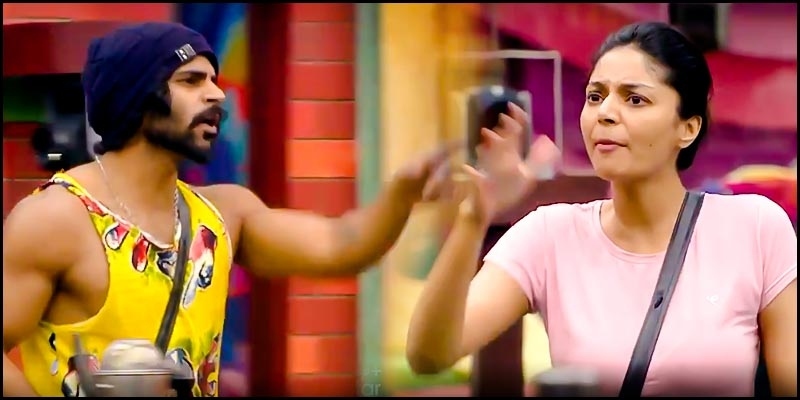 An issue has erupted on social media after Vijay TV deleted a promo video which had Sanam Shetty making serious allegations against Balaji Murugadoss. In Monday’s episode while the other contestants were outside Balaji approached Sanam Shetty and asked her the meaning of the Tamil word “Tharuthalai” (Wastrel) and when she said she did not know he told her “Its You” An angry Sanam then walked out of the room and started an angry fight with Balaji which was the main content on Monday. There is a mock courtroom task in today’s episode with wild card entrant Suchithra as the judge. In the promo video Sanam and Balaji threw allegations on each other and Sanam was seen writing about her allegations on a paper pad. 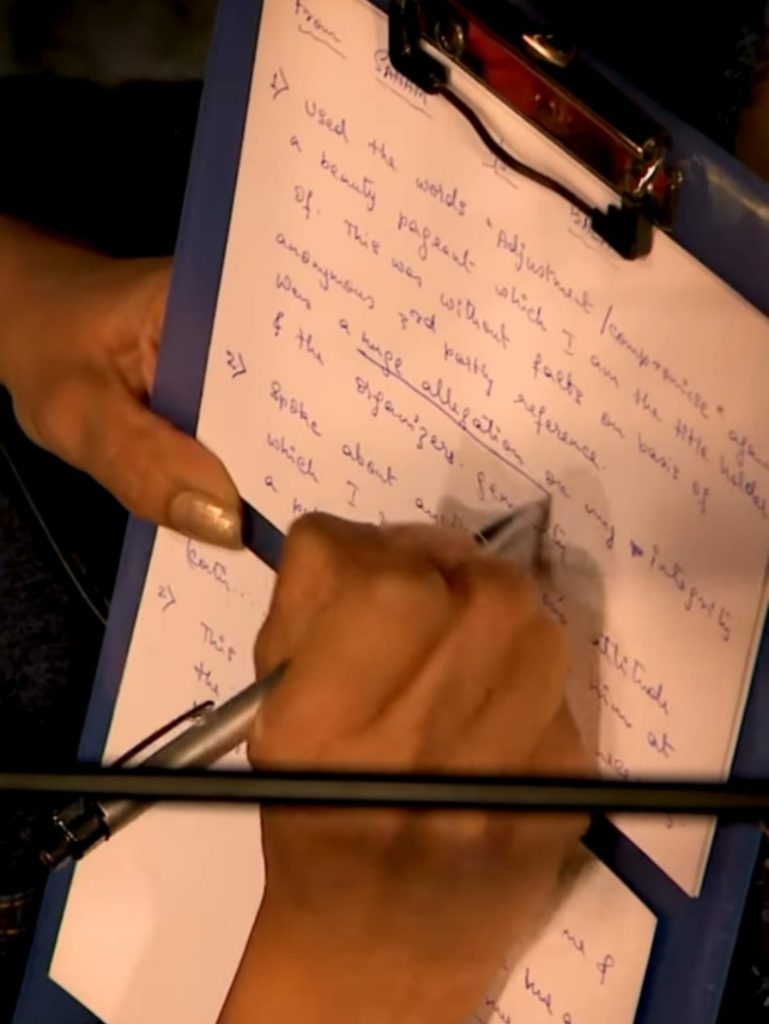 Vijay tv suddenly deleted the promo video leaving everyone confused why they did it but netizens have now caught up to what went wrong. A screenshot from the promo that is doing the rounds on the social media shows Sanam had written “Used the words “Adjustment/Compromise” against a beauty pageant which I am the title holder of. This was without facts on basis of anonymous 3rd party reference was a huge”

From this it is clear that Balaji had accused Sanam of having indulged in casting couch to get to her beauty pageant title. Social media users are slamming Balaji for making such comments on Sanam. 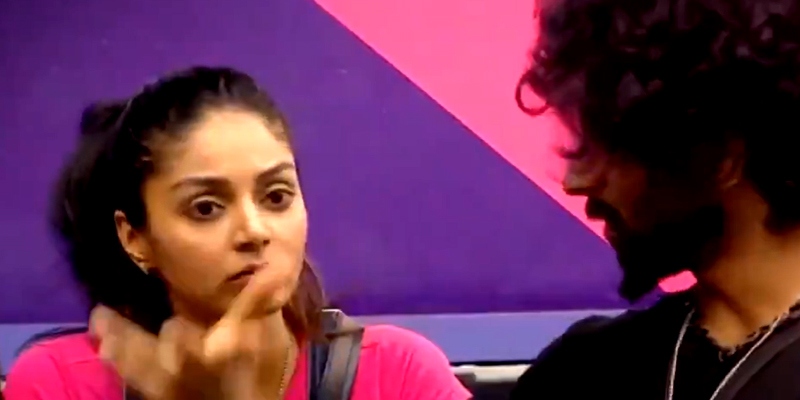 It remains to be seen if the issue would be addressed by ‘Bigg Boss’ or by Kamal Haasan during the weekend since its a serious demeaning of a woman in a public platform according to internet users.

Sanam has written to Balaji mentioning that he used the word ‘Adjustment / Compromise’ against a beauty pageant which she won.

Since huge allegation against the organizer, promo 1 has been deleted#BiggBossTamil #BiggBossTamil4 pic.twitter.com/XaaRWHvJTj

Why this promo is deleted @vijaytelevision @ikamalhaasan ? If he had said why that wasn’t telecasted before ??…. Will this be shown in today’s episode atleast…. #biggboss4tamil #biggbosstamil4 #sanamshetty #balaji #BalajiMurugaDoss pic.twitter.com/wHqrmR2PGR