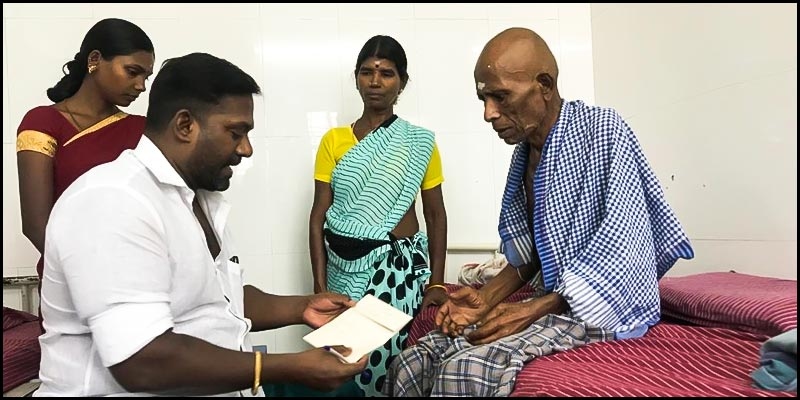 Popular comedy actor Thavasi best known for his role of a fake astrologer in ‘Varuthapadatha Valibar Sangam’ starring Sivakarthikeyan and Sri Divya has been battling cancer for some time now. His son Arumugam sought the help from the film fraternity and Rajini, Vijay Sethupathi, Sivakarthikeyan, Soori and Simbu have donated generously to his family while DMK MLA Dr. Saravanan has taken care of the medical and hospital expenses.

Comedy actor Robo Shankar today visited Thavasi in the hospital in Madurai and donated an amount to him. More than that Shankar gave him a motivational speech that many in the film industry are fans of his acting and big moustache and asked him to fight against the disease hard and make a comeback as his old self. 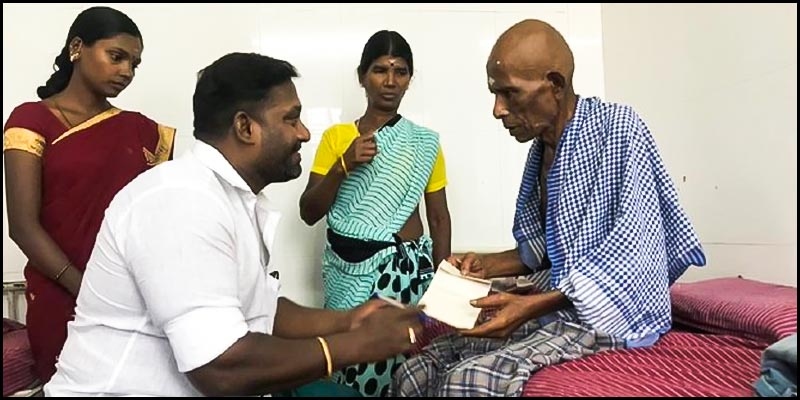 Thavasi’s relatives and the doctors and nurses in the hospital praised Robo Shankar for motivating the patient and giving him a boost from otherwise being depressed by his state.