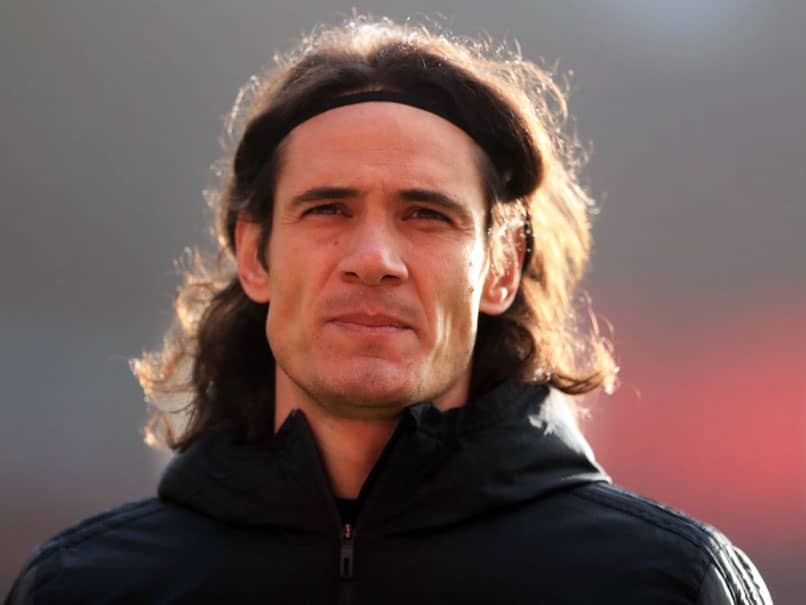 Edinson Cavani had picked up an injury in the match against West Ham.© AFP

Edinson Cavani will not be rushed back for Thursday’s Premier League clash with bottom side Sheffield United says Manchester United manager Ole Gunnar Solskjaer ahead of the hectic end-of-year schedule. The 33-year-old Uruguayan striker returned to training after missing the past two games due to a muscle injury he suffered against West Ham on December 5. “Edinson has done well in rehab but we still have to make the decision if we should risk him because it would be a risk,” said Solskjaer at his eve of match press conference on Wednesday.

“I would doubt he will be available tomorrow.

“We have to be mindful of little strains and niggles.”

Solskjaer has been constantly mentioned as being at risk of losing his job most recently after last week’s Champions League exit.

However, a win over Sheffield United would see them leapfrog Chelsea and Manchester City after both of them dropped points on Tuesday.

They also have a game in hand on those above them — they are only five points off the top of the table duo Tottenham Hotspur and Liverpool — but face a manic series of six games in just over two weeks.

Solksjaer says the inconsistent set of results will be a feature of the season due to all the teams having so many fixtures crammed into a shorter space of time.

The present season started a month later than planned due to the coronavirus pandemic lockdown halting the campaign last term for three months and leading to it being wrapped up in late July.

“With the tight schedule all around the world I think we will see throughout the season whoever gets a midweek rest might get a big advantage,” he said.

“If you are playing midweek every week it is hard to have everyone 100% sharp.”

India vs England: Third ODI Could Be Shifted From Pune To Mumbai, Says Maharashtra Cricket Association