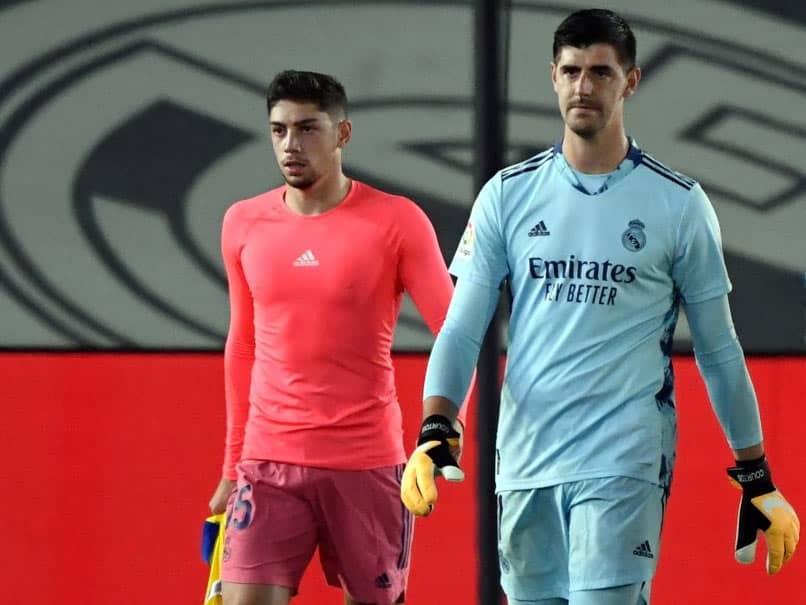 Zinedine Zidane made four substitutions at half-time on Saturday but could not spark Real Madrid into life as his team slipped to a 1-0 defeat by newly-promoted Cadiz in La Liga. Sergio Ramos was the only enforced change at the Alfredo di Stefano Stadium as Madrid’s captain spent the second half in the stands with ice strapped around his left knee. Madrid said the injury was not serious but it puts in doubt Ramos’ involvement in their first Champions League game against Shakhtar Donetsk on Wednesday, as well as the Clasico three days later.

If Barcelona’s players were watching, they might well feel this Madrid are there for the taking when they meet at Camp Nou next weekend.

A prolonged absence for Ramos would cap a deflating night for the reignings Spanish champions, whose dreary display certainly hands an early boost to their title rivals.

Atletico Madrid had earlier beaten Celta Vigo 2-0, with Luis Suarez opening the scoring at Balaidos, while Barca were about to face Getafe.

This is Cadiz’s first season in the top flight in 14 years and their first victory over Real Madrid in 29, yet they could have won by more.

Their reward is second place in the table, denied a place at the top by their opponents only on goal difference.

Isco, Luka Modric and Lucas Vazquez were the other three players to be hauled off by Zidane, who was reacting to an abject display from his side in the first half.

But Madrid’s performance hardly improved and by the end they had managed just two shots on target.

Cadiz could have been three up in the first quarter of an hour as Ramos prevented Alvaro Negredo’s finish from rolling in before Negredo created the opener.

His cushioned header put through Anthony Lozano, who skipped beyond Madrid’s sleepy defence and poked over the onrushing Thibaut Courtois.

Madrid might have equalised in the second half as Vinicius Junior headed wide of an open goal and Karim Benzema rattled the crossbar with a long-range shot.

But Cadiz were not overly troubled.

But the Suarez-Costa combination came to an early end as Costa was forced off injured in the second half.

Sitting in the stands, Costa was seen with his face in his hands and he was also hobbling after the final whistle.

He is now likely to miss Atletico’s Champions League opener at Bayern Munich on Wednesday.

Atletico climb to fourth, two points behind Real Madrid and one ahead of Barcelona, after the win. Celta, meanwhile, have managed only one win from their first six games and sit 13th.

This was a much-needed victory for Atletico after back-to-back goalless draws had dampened enthusiasm following their 6-1 opening win against Granada.

Suarez made his debut that day, coming off the bench to score twice when Granada were already down and out, but his early strike shaped this game against Celta, until Yannick Carrasco headed in a second in injury-time.

Diego Simeone had kept Suarez and Costa apart by using one to substitute the other in each of Atletico’s first three matches but he paired them together from the start at Balaidos, with Joao Felix on the bench.

Costa predicted last month they would be handful together, saying “it will be good, one bites, the other one kicks.”

There were flickers of chemistry, with Suarez missing a chance for a second from the Costa pass that caused him to feel pain in his lower leg.

“He’s important because of his career and what he has done at Atleti,” said Suarez. “We try to adapt to each other despite never having played together before.”

Felix also impressed when he came on and will provide a more creative, if less combative, foil for Suarez in Costa’s absence.

After replacing the injured Costa after half-time, it was Felix’s curling shot that hit the bar, allowing Carrasco to nod in the rebound.

Suarez had earlier put Atletico in front in the sixth minute, sweeping in after 20-year-old left-back Manu Sanchez picked him out with a clever pull-back.

There was also a debut for Lucas Torreira, the Uruguayan signed on loan from Arsenal, who was energetic and tidy in central midfield, despite feeling some cramp late on.

Did Nadia Chang lie about her past and her parents on ‘Bigg Boss 5’?