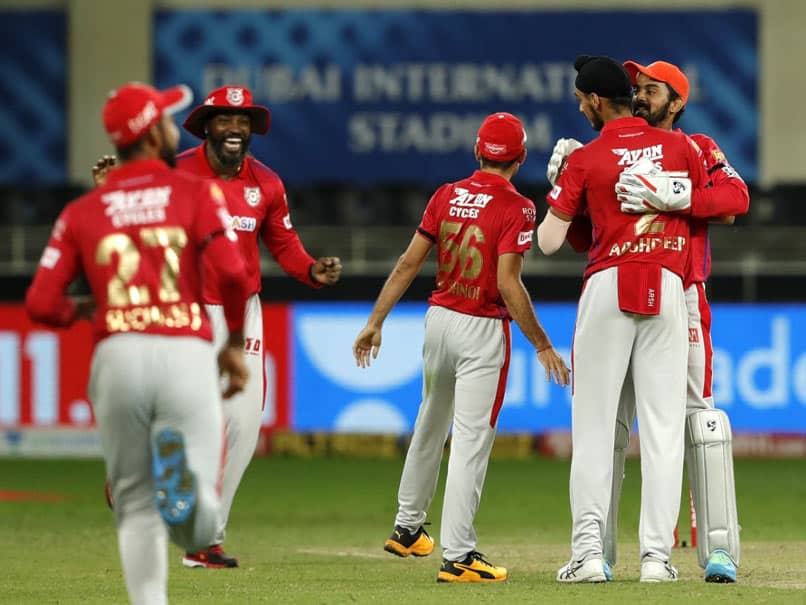 A spirited performance from Kings XI Punjab bowlers helped them register an unlikely 12-run win over SunRisers Hyderabad (SRH) in a low-scoring thriller at the Dubai International Cricket Stadium on Saturday. Defending a paltry total of 126, Chris Jordan and Arshdeep Singh were the orchestrator of the memorable win, with both of them picking three wickets apiece. This was the lowest total that has been successfully defended in IPL 2020. SRH dominated the majority of the game but their players succumbed under pressure towards the end, losing the match from a position of strength. KXIP have won their last four matches and with this victory they climbed to the fifth spot in the IPL 2020 Points Table, keeping their play-off hopes alive.

SRH needed just 20 runs off final three overs but Arshdeep and Jordan bowled brilliantly to get their team over the line. Young Arshdeep conceded just three singles in the 18th over and a picked up the wicket of a well-set Vijay Shankar, who was hit on the grill on his helmet on the previous delivery, that proved to be the game-changing moment.

Jordan bowled a brilliant penultimate over and picked two wickets in two balls to create a panic in SRH camp. Only three runs came off off over and SRH were left with 14 to win from the final over.

Arshdeep bowled with great maturity and dismissed Sandeep Sharma and Priyam Garg off successive deliveries to all but seal the game for his side. A direct hit caught Khaleel Ahmed short of the crease as SRH folded for 114 runs, handing KXIP a 12-run win.

While things might not have gone their way, SRH openers David Warner and Jonny Bairstow certainly gave their side a terrific start adding 52 runs in the Powerplay that too without losing a wicket.

Vijay Shankar and Manish Pandey added crucial runs and put them on course for an easy win but KXIP bowlers kept pulling things back. Eventually, a dramatic batting collapse saw SRH suffering their seventh loss of the season, which has jeopardised their playoff hopes.

Chris Gayle hit a six off Rashid Khan followed by a couple of more boundaries but tight bowling from SRH bowlers forced a false shot from the big-hitting West Indian and he hit one straight into the hands of SRH skipper Warner at long on.

In the next over, Rashid cleaned up the Orange Cap holder KL Rahul with a peach of a delivery that gripped and came back in sharply.

Glenn Maxwell’s poor form with the bat continued as he departed after scoring 12 off 13 balls in an innings that never got going. He was outdone by Sandeep Sharma.

Deepak Hooda got a second-ball duck as he was stumped off Rashid Khan.

Pooran struggled his way to a 28-ball 32 to help KXIP reach 126/7 from their allotted 20 overs, giving their bowlers something to defend.

Rashid Khan, Sandeep Sharma and Jason Holder all picked up two wickets each.

Punjab’s next game is against Kolkata Knight Riders, who are coming off a commanding win against Delhi Capitals, in Sharjah on Monday.

SunRisers Hyderabad will take on Delhi Capitals on Tuesday in Dubai.

Happy birthday, Jackie Shroff: Did you know that the yesteryear star would cut the queue in his chawl’s public toilet to not be late for his shoots?