We broke the news to you several weeks in advance that Khusbhu is planning to quit the Congress Party and join the ruling BJP party. Last evening the veteran actress flew to Delhi and also this morning shot a resignation letter to Congress President Sonia Gandhi and Rahul Gandhi. 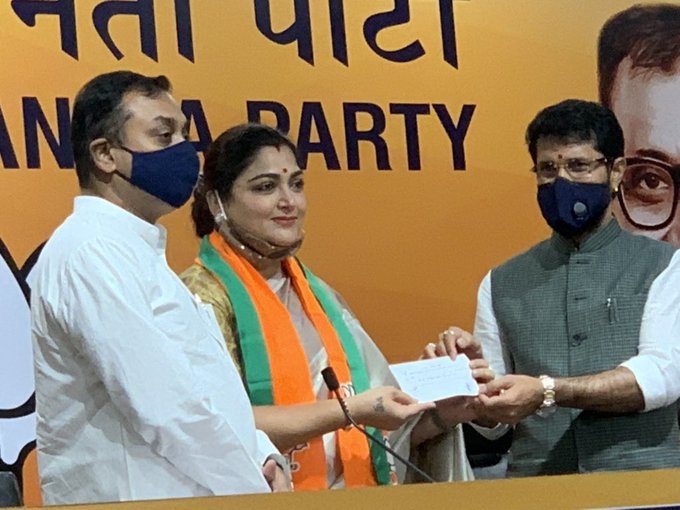 A few minutes ago Khusbhu joined the BJP in the presence of party president JP Nadda and TN president L. Murugan. It is a known fact that Khusbhu while in the post of the national spokesperson for Congress used to heavily criticize the BJP’s every move and she did so even till a couple of weeks back. Now it will be interesting how she takes on her role in the new party.

Veteran actor S.Ve Sekhar a senior member of the Tamil Nadu BJP has trolled Khushbu joining his party. He has posted a pic of a female gymnastic calling Khushbu as “Naataamai” and has written in Tamil ‘It takes huge talent to speak one thing on Saturday and then change the tune on Sunday. Best gymnastic somersault”. That doesn’t seem to be a warm welcome for the bubbly actress from her senior colleague both in films and now in the party.