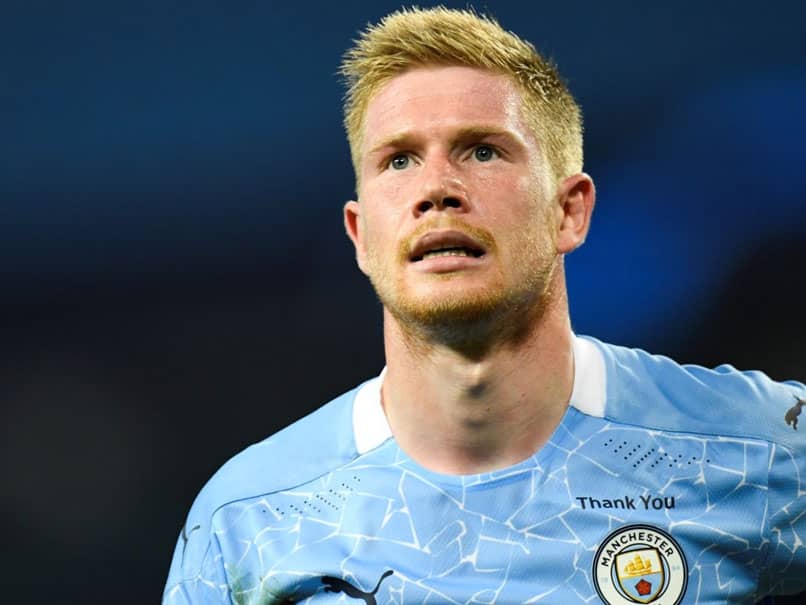 Manchester City boss Pep Guardiola revealed on Friday that Kevin De Bruyne would miss this weekend’s visit of Arsenal after picking up an injury while on international duty. The City playmaker was withdrawn in the second half of Belgium’s Nations League defeat against England last Sunday and did not play against Iceland in midweek. While Guardiola is optimistic De Bruyne will not be sidelined for too long, the Spaniard refused to put a timescale on his recovery. Speaking ahead of Saturday’s game against Arsenal, Guardiola said: “Unfortunately Kevin is out but the rest of the players they have come back well.”

“I don’t think it’s much but the next games I think he will be out. But we’ll see day-by-day how it’s going on.”

Guardiola also said Sergio Aguero, who has been out of action since June, was training well and he was “happy to see him back on the pitch after a long, long time”.

The Catalan praised his former City assistant Mikel Arteta, who has impressed at Arsenal since taking over as manager last December.

“We should clarify who is the master and who is the apprentice,” he said. “We didn’t have any doubts about what he is doing in a short period of time.

“He settled really well and the special way his team Arsenal is playing right now, he suits perfectly the quality they have. He was able to get Arsenal back to the position they were a long time ago.”

Guardiola, whose side are 14th in the table, with four points from their first three games, said he expected the “crazy” results in the Premier League to tail off.

Earlier this month Liverpool lost 7-2 to Aston Villa and Manchester United were thumped 6-1 by Tottenham. City themselves lost 5-2 to Leicester at the Etihad last month

“But it’s exceptional… to see six, seven, eight goals per game every weekend, it’s not normal. Maybe I’m wrong but I think it’s going to settle.”

When asked about the controversial “Project Big Picture” proposals to reform English football, which were rejected by Premier League clubs this week, Guardiola said he was confident the “best solution” would be found.

“I want the best for the football world, for English football,” he said.

“The whole towns, the little villages — they love their own teams and that is the point. I am pretty sure they will find the best solution for English football,” he added.

Wriddhiman Saha “Not Worried” About How Rishabh Pant Is Batting, Says ‘Keeping A Specialist Job