Jasprit Bumrah on Thursday sent out a romantic note for his wife Sanjana Ganesan, who was celebrating her 30th birthday.

Jasprit Bumrah on Thursday sent out a romantic note for his wife and popular sports anchor Sanjana Ganesan, who was celebrating her 30th birthday. The Team India seamer shared a picture of the couple on Instagram and captioned it: “Happy birthday to the person who steals my heart everyday. You’re my person, I love you.”

However, the seamer was not left alone as Mumbai Indians teammate Jimmy Neesham was quick to react to the post and also tried to pull Bumrah’s legs. The Kiwi cricketer left a comment on the post and said he felt the post was dedicated to Trent Boult, Bumrah’s partner with the ball at the Mumbai camp. 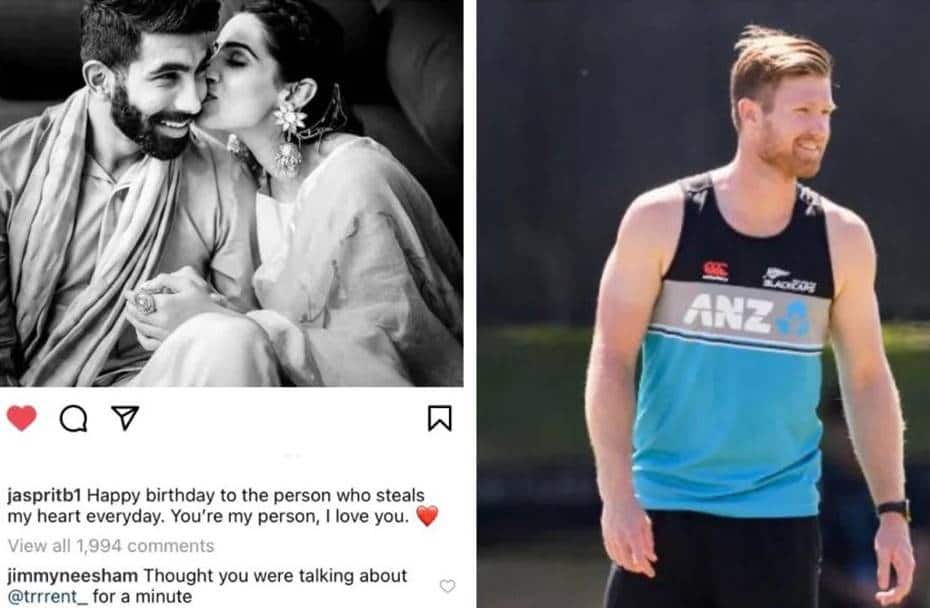 The 14th edition of the Indian Premier League has taken an indefinite halt and players are now returning to bases to be with their families as the country jostles with the second wave of COVID-19.

Bumrah, who got hitched with Ganesan just ahead of the IPL, has also returned home and is spending some quality time with his wife.

The couple solemenised their relationship in a private ceremony attended by close family and friends in Goa.

However, just days after marriage Sanjana returned to work during the India-England ODI series in Pune, which the hosts won 2-1.

Bumrah, who was released from the bio-bubble after the conclusion pink-ball Test in Ahmedabad, returned to action in IPL 2021, in which he played seven matches and claimed six wickets.

Power Star Puneeth’s fans died after the shocking news of his demise!

The Creators of Board Game ‘SHASN