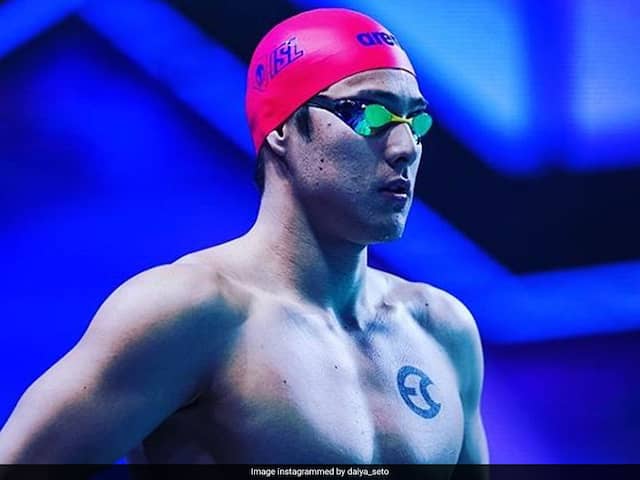 Japan’s top Olympic swimmer Daiya Seto has been barred from competitions and official training until the end of the year as punishment for an affair exposed by a tabloid. The star athlete was caught on camera in September by a gossip magazine, which chronicled the married 26-year-old’s movements as he picked up his girlfriend, took her to a “love hotel”, then went to pick up his daughter from nursery. Seto apologised for his “irresponsible behaviour” in a statement on Tuesday, saying he accepted the sanctions from the Japan Swimming Federation, which include events at home and abroad.

It means that Seto — the reigning world champion in the 200m and 400m individual medley — will miss a national competition in December.

But he will still be allowed to take part in the Games next summer and can also practise in private, the swimming federation said.

Seto will also have to complete the Japan Olympic Committee’s “integrity education” programme among other courses, according to his management.

“I intend to sincerely give my full attention to swimming… so that I may regain the trust of my family, whom I hurt deeply with my irresponsible behaviour, and regain the acceptance of my family as well as all of you as a swimmer,” Seto said in his statement.

The tabloid expose and the federation’s punishment has become a subject of lively discussion on daytime TV talk shows, where Seto is not a usual subject.

Japanese swimming officials told local media that Seto’s actions had violated the code of sportsmanship and harmed the honour of the federation.

The Tokyo Olympics was originally scheduled for summer 2020, but the coronavirus pandemic forced a one-year delay.

Officials are yet to announce exactly how the postponed event will be held, and at what cost.