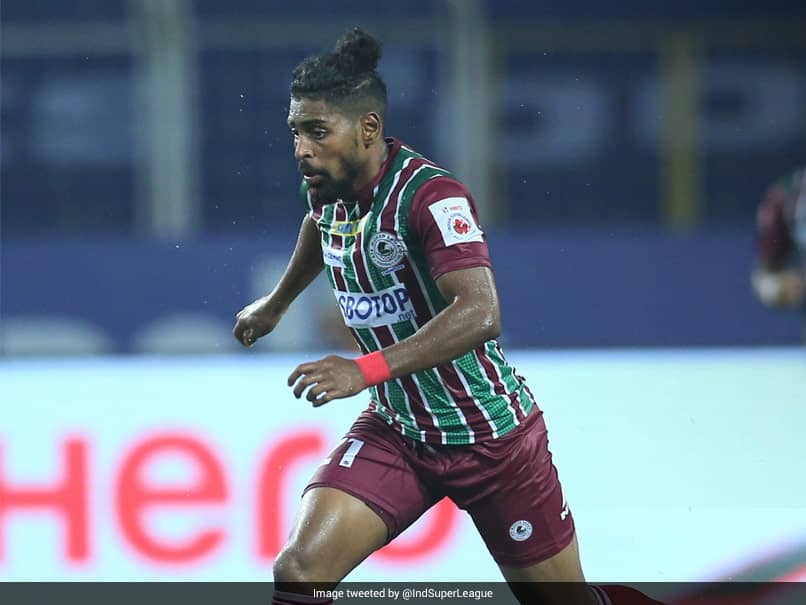 ATK Mohun Bagan managed to get their winning groove back in the ongoing Indian Super League (ISL) as they edged FC Goa 1-0 in a hard-fought contest at the Fatorda Stadium here on Wednesday. Roy Krishna (85′) netted the winner from a spot-kick to ensure Antonio Habas’ side climbed back to second spot on the ISL table. The first half belonged to the Mariners despite Goa enjoying the lion’s share of possession. They nullified the Gaurs’ attacking threat and controlled the midfield as Juan Ferrando’s side failed to register a single shot on target.

Habas’ side, on the other hand, looked lively in attack and fashioned a couple of good chances but failed to break the deadlock.

David Williams was presented with an early chance to put ATKMB ahead in the 9th minute. Krishna pounced on a miscued pass from Edu Bedia and played it to Pronay Halder, who chipped the ball for Williams in the box. The Australian’s lob was safely collected by Goa custodian Mohammad Nawaz, who rushed out of his line in time.

While the hosts were happy to sit back and absorb pressure, Goa failed to penetrate the opposition defence and couldn’t test ATKMB keeper Arindam Bhattacharja.

ATKMB once again came close to taking the lead just before halftime in what was the best chance of the game. However, they were denied by the woodwork.

Receiving a long diagonal ball from the left, Williams cut inside by making space following a delightful touch. The striker launched a pile driver that managed to beat Nawaz but not the upright.

Goa began the second-half with vigour and managed to create better chances. They registered their first shot on target in the 56th minute. Alexander Jesuraj whipped a cross in the box for an unmarked Noguera, whose header was straight at Nawaz.

The Gaurs made two attacking substitutions after the hour mark, bringing on Brandon Fernandes and Jorge Ortiz Mendoza, whose arrivals provided them with some much-needed impetus.

Goa had a claim for a penalty during the 79th minute but the referee did not deem it so. The tables turned just minutes later as ATKMB won a penalty at the other end and finally took the lead through Krishna, who scored his fifth ISL goal of the campaign.

Krishna was brought down in the box after an ill-timed tackle from substitute Aibanbha Dohling. The Fijian drilled his spot-kick hard into the bottom left-hand corner, leaving Nawaz with no chance.

Breakaway European Super League “Would Not Be Recognised” By FIFA

Will protect Vidarbha against any injustice, says Maharashtra CM