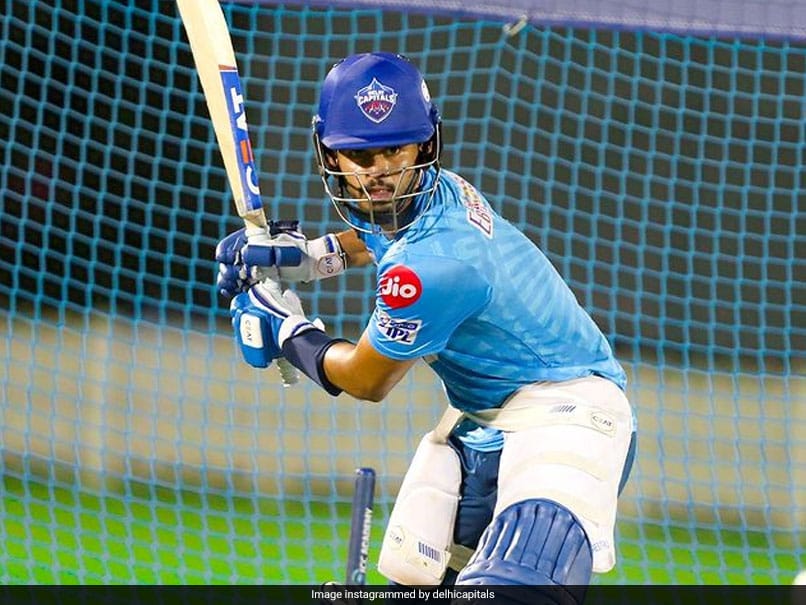 IPL 2021: DC would be bolstered by the presence of former captain Shreyas Iyer in their ranks.© Instagram

Delhi Capitals (DC) will resume their Indian Premier League (IPL) 2021 campaign against SunRisers Hyderabad (SRH) on Wednesday at the Dubai International Stadium. DC are currently second in the IPL 2021 standings, registering 12 points from eight fixtures (six wins and two defeats). Meanwhile, SRH are bottom in the eight-team table with two points from seven games (one win and six losses). The last time both these sides met was in Match 20, where DC came out on top in the Super Over.

Ahead of the tournament’s UAE leg, DC also announced that Rishabh Pant will continue as captain for the remainder of the season. Despite Pant continuing as skipper, Shreyas Iyer is back into the squad after missing the earlier fixtures due to a shoulder injury. Meanwhile, compared to other franchises, Delhi have been lucky in terms of not losing their overseas players. Except for Chris Woakes, DC haven’t lost any other player. The England international has been replaced by Ben Dwarshius.

Here is the XI we think DC will field against SRH on Monday:

Prithvi Shaw: The 21-year-old will be aiming to build on his fine form from the tournament’s first leg, where he scored 308 runs in eight fixtures, with a high score of 82. Prithvi Shaw also slammed three half-centuries and is currently fourth in the Orange Cap race. The opener will be crucial to his side’s batting ambitions in UAE.

Shikhar Dhawan: Just like his opening partner, Shikhar Dhawan was in fantastic form before IPL 2021 was suspended indefinitely in May. The India international is leading the Orange Cap race with 380 runs from eight games and has also smashed three fifties. The swashbuckling batsman also registered a high score of 92. Dhawan will be hoping to add more runs in the UAE and lead DC to their second consecutive IPL final.

Shreyas Iyer: Despite not retaining his team’s captaincy on his return, Shreyas Iyer is DC’s best choice for no.3 in the batting line-up. His fielding skills will also come in handy in the UAE.

Shimron Hetmyer: Shimron Hetmyer wasn’t able to show his power-hitting skills in the tournament’s first-half. The West Indies cricketer will be hoping to find some form and build momentum ahead of the T20 World Cup.

Marcus Stoinis:Unlike IPL 2020, Marcus Stoinis wasn’t able to showcase his match-winning abilities in the earlier fixtures of this season. The Australian all-rounder could only score 71 runs in eight games. Despite his low outcome of runs, Stoinis kept his place in the playing XI in all matches due to his pedigree. He also managed to take only two wickets. Considering the upcoming T20 World Cup, the Australian could be back in top form in the UAE.

Rishabh Pant:Having taken over captaincy from Iyer, Pant’s experience with the Indian national team will come in handy. The wicketkeeper-batsman was also the captain in the earlier matches of IPL 2021, and looked confident in his role. His role in the middle will also be an important factor for Delhi in the UAE.

Ravichandran Ashwin: Despite managing to take only one wicket in the tournament’s first leg, Ravichandran Ashwin is expected to be a regular in DC’s playing XI in the upcoming games. The spinner has also been selected in Team India’s squad for the T20 World Cup.

Axar Patel: The India international could be his side’s trump card in situations when quick wickets are needed. Axar Patel could muster only six dismissals in the four matches he played in IPL 2021 and he will be aiming to improve on his displays.

Avesh Khan: Currently second in the Purple Cap race, Avesh Khan took 14 wickets in eight matches for DC before IPL 2021 was suspended. Only Harshal Patel is ahead of him with 17 wickets. Due to his ability to move the ball both ways, he will come in handy for Pant.

Kagiso Rabada: Kagiso Rabada will once again spearhead DC’s pace department in the upcoming matches. The South African is his side’s second-highest wicket-taker this season with eight wickets from seven games.

Anrich Nortje: Anrich Nortje was in top form last season, taking 22 wickets. He will be hoping to lead his side’s bowling department with Rabada and put in top displays in similar conditions.