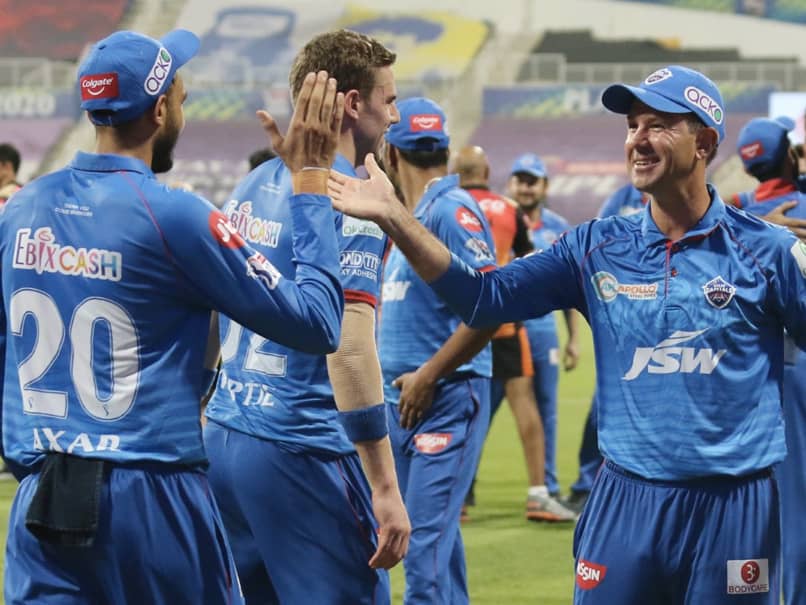 IPL 2020: Delhi Capitals reached their maiden final after edging out SRH in the second Qualifier.© BCCI/IPL

Cricket legend Ricky Ponting said he is confident his Delhi Capitals team has enough “firepower” to upset the odds and beat defending champions Mumbai Indians in their IPL final clash in Dubai on Tuesday. Coached by Ponting and captained by Mumbai-born Shreyas Iyer, Delhi are eyeing their maiden Indian Premier League crown in a season played behind closed doors in the United Arab Emirates. They have been beaten three times by Mumbai in this edition alone, but Ponting was in bullish mood ahead of the Twenty20 showdown. “We’ve got enough firepower (to beat Mumbai),” the Australian great said on Monday.

“If they will be sitting back and thinking if there’s a team they wouldn’t want to play, it’ll be us. But it’s about us – it’s about how we turn up, how we play, as simple as that.”

Ponting said if Delhi rectify the areas lacking against Mumbai in the previous defeats and play their best cricket then there is “no doubt that we’ll win”.

Four-time winners Mumbai, captained by the seasoned Rohit Sharma, underlined their champion status by becoming the first team to enter the play-offs and then beat Delhi in the first qualifier to make the final.

By contrast, Delhi had a roller-coaster ride as they started with seven wins in their first nine games and briefly battled Mumbai for top place in the league before four straight defeats.

“The other thing about Mumbai is that they’ve played some pretty fearless cricket, some high-risk cricket certainly in the way they’ve batted,” said Ponting.

“We know they rely on Trent Boult with the new bowl to take wickets for them – so if we can get that part right, and if they just have a few things go against them, and we execute and put them under pressure, then I’m sure the result can change.”