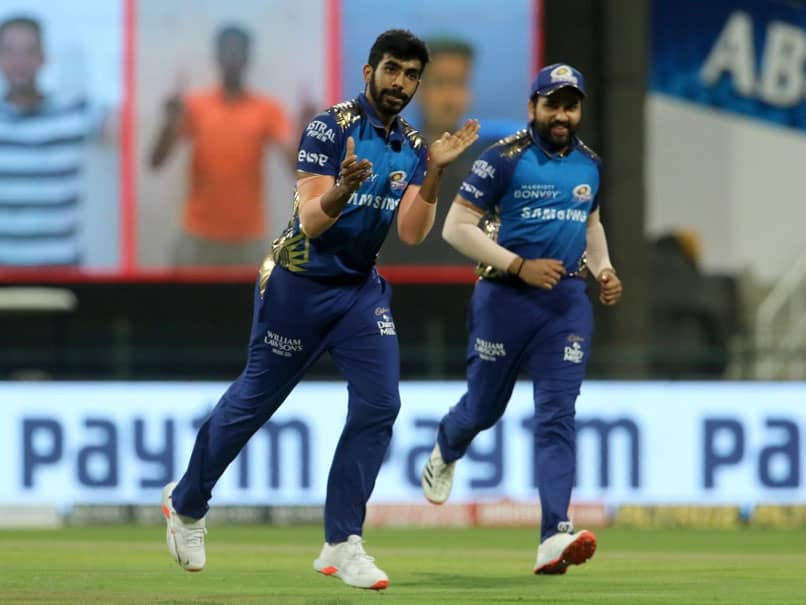 Mumbai Indians (MI) skipper Rohit Sharma hailed fast bowler Jasprit Bumrah as the “go to guy” against a destructive batsman like Andre Russell, following victory by a margin of eight wickets against Kolkata Knight Riders (KKR). Bumrah ensured an early return to the pavilion for the West Indies all-rounder, with the cricketer scoring just 12 runs off nine deliveries. The Indian pacer rattled Russell with a sharp well-directed bumper leaving him in no position to negotiate the delivery. The ball lobbed high towards the short third man region after a deflection, with wicketkeeper Quinton de Kock completing the catch. MI’s triumph in match 32 of the ongoing IPL 2020 at the Sheikh Zayed Stadium in Abu Dhabi, has propelled them to the top of the points table.

“Krunal and Rahul also bowled to Russell, I took a chance with the ball gripping and turning, but I knew Bumrah was the go to guy against him,” said Rohit during the post-match conference when discussing his side’s strategy against the Windies cricketer.

The MI skipper also had words of praise for fellow opener Quinton de Kock, who smashed an unbeaten 78 runs off 44 deliveries in an innings comprising of nine boundaries and three sixes. De Kock’s innings made the chase all the more comfortable for the Mumbai-based franchise who were handed a target of 149.

“I prefer batting with him, he’s very straightforward, likes to take on the bowler from the word go – but I usually like to assess the situation. Will let him play the way he wants to, don’t want to put any pressure on him,” added Rohit.

Kolkata Knight Riders (KKR) posted a total of 148 runs for the loss of five wickets in 20 overs, after skipper Eoin Morgan won the toss and opted to bat. All-rounder Pat Cummins scored his maiden half-century in the tournament, accumulating 53 runs off 36 deliveries with five boundaries and two sixes. Spinner Rahul Chahar was the pick of the bowlers for MI, accounting for two wickets.