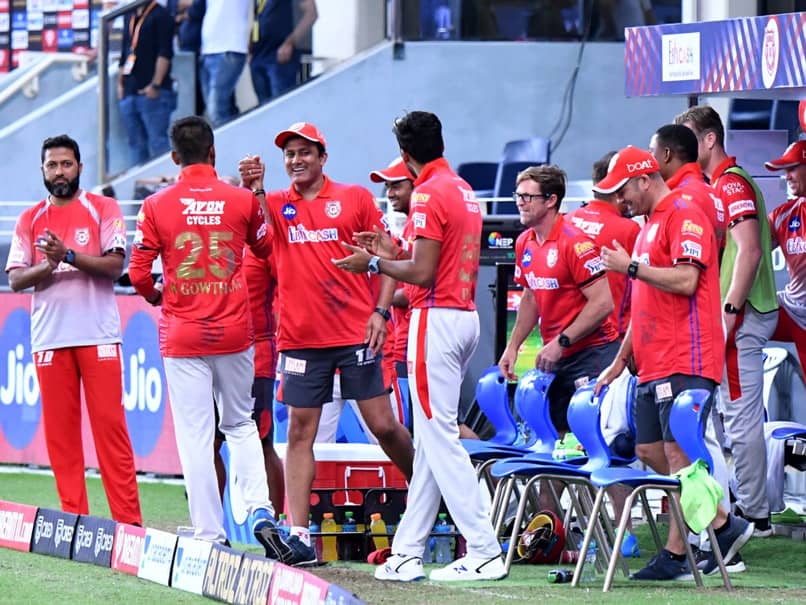 Kings XI Punjab (KXIP) skipper KL Rahul drew limelight towards the crucial role played by the team’s support staff, as the side recorded their fourth successive win. KXIP defeated SunRisers Hyderabad (SRH) by 12 runs in a thrilling tie, defending a target of 127. Pacers Arshdeep Singh and Chris Jordan were the top performers, accounting for three wickets apiece. The Punjab-based franchise now has 10 points from 11 matches, just two points behind fourth-placed Kolkata Knight Riders (KKR) who have played the same number of games. KXIP can further bridge the gap between them and KKR on Monday, when the two sides face off in a league match at Sharjah Cricket Stadium.

Rahul discussed the role of the support staff during the post-match conference, where he was asked to share his views on the performance of the KXIP players.

“Very happy with the show from the boys. The work done is always behind the scenes, not just the players, but the support staff. You can’t change much in a player in two months but you can always make them mentally better and that’s what coach Kumble, Andy, Charl, Jonty and Wasim have done,” he said.

The KXIP skipper further stated that he knew it was “possible to pull things back”, if not many runs were leaked in the powerplay due to the presence of their two leg-spinners.

“They went hard in the first six. But I knew we could pull things back if we don’t leak many runs in the powerplay as we have two leggies. We sat down and thought about the things that the bowlers would need in conditions like these and it’s good to see the work paying off,” he added.

Formula 1: Pierre Gasly To Continue With AlphaTauri For 2021 Season