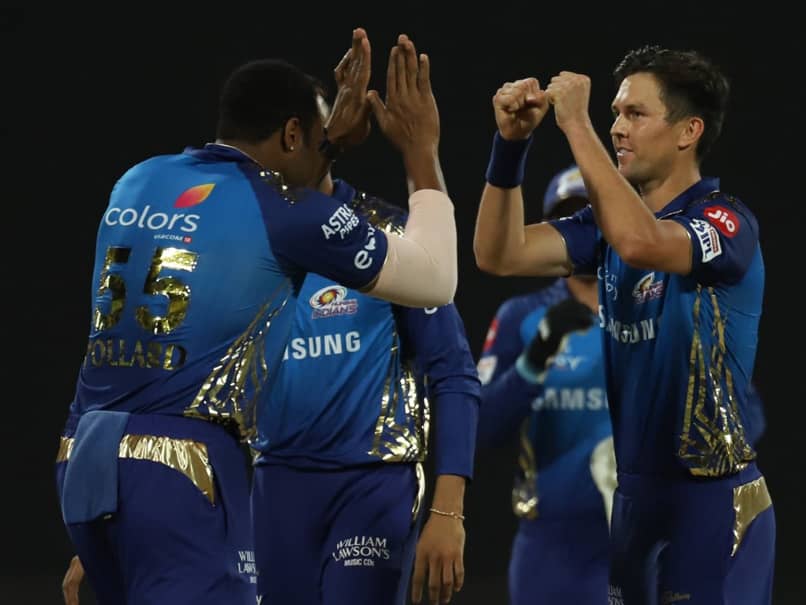 Mumbai Indians romped to a 10-wicket rout of Chennai Super Kings on Friday in Sharjah to move to the top in the Indian Premier League (IPL) 2020 points table and keep their chances high of making the playoffs. Sam Curran’s defiant 52 prevent an embarrassment for CSK as they found themselves 43 for 7 inside the first 10 overs and were at one point at the risk of getting bowled out for the lowest-ever total in the IPL. However, Curran held fort from one end and got some boundaries towards the end of the innings to help the team finish on 114 for 9 and give CSK bowlers something to defend. Mumbai, though, went about their business in a haste, speeding to the target of 115 in just 12.2 overs.

It was pandemonium in Sharjah after Mumbai stand-in captain Kieron Pollard elected to field after winning the toss.

Trent Boult and Jasprit Bumrah reduced CSK to four wickets for a mere three runs in the first three overs.

Opener Ruturaj Gaikwad (0), playing in the place of Shane Watson, was trapped lbw by Boult on the fifth ball of the match before Bumrah got Ambati Rayudu (2) and N Jagadeesan (0) of consecutive deliveries in the second over.

Faf du Plessis (1) was sent back by Boult in the next as MS Dhoni (16) and Ravindra Jadeja (7) found themselves out in the middle inside the first six overs.

Dhoni looked to counter-attack as he got two fours off Bumrah and a six of Rahul Chahar inside the first six, but Rahul Chahar got the CSK captain caught behind, even as Dhoni tried to hit another one out of the ground, to leave CSK tottering at 30 for 6.

Meanwhile, Jadeja had already hit Boult straight to Krunal Pandya at short mid-wicket to leave Dhoni as the only recognised batsman at the crease.

Deepak Chahar followed his senior pros to the pavilion soon as he was done in by his cousin Rahul Chahar, stumped by Quinton de Kock for nought.

Curran, who had been opening the batting in the past few games, was pushed down to the lower order and the 22-year-old batted well with the tail to pop CSK’s score over the 100-run mark.

Curran hit four fours and two sixes and was the last man out on the final ball of the innings.

He was bowled by Boult who finished 4 for 18 and was the best of the Mumbai bowlers.

In reply, the opening pair of Ishan Kishan and Quinton de Kock tore into the CSK bowling, hitting 52 runs in the Powerplay to kill any chances of a late revival by CSK.

Kishan hit six fours and five sixes to finish 68 not out from just 37 balls while de Kock was the more subdued of the two but still imperious, hitting 46 not out off 37 balls.

Mumbai have 14 points from 10 games and look set to qualify for the playoffs while CSK languish at the bottom of the table.

“He is stable one day, unstable the next”