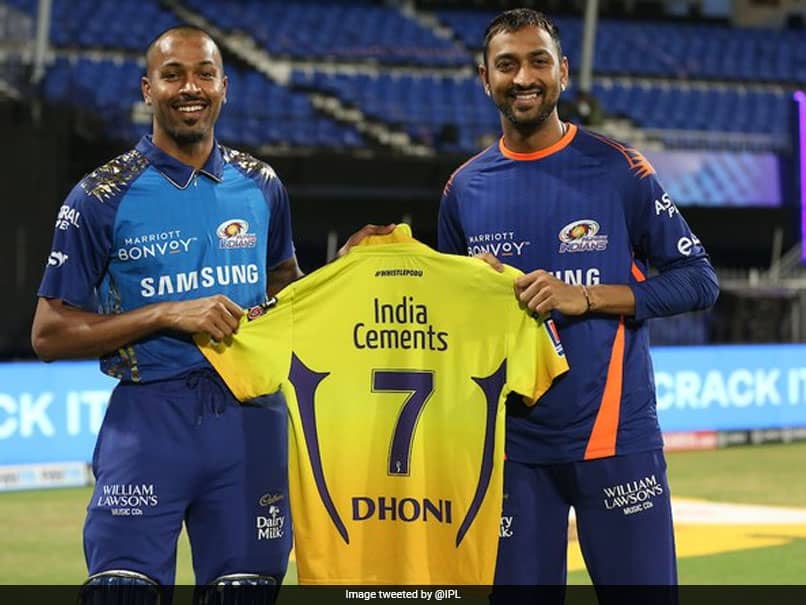 IPL 2020: Hardik Pandya and Krunal Pandya had more than just the victory to savour in Sharjah.© IPL/Twitter

Hardik Pandya and Krunal Pandya got souvenirs to savour after Mumbai Indians’ clash against Chennai Super Kings on Friday in Sharjah. The Pandya brothers were seen posing with CSK captain MS Dhoni’s jersey after the match. Mumbai beat Chennai by 10 wickets to go to the top of the points table with 14 points form 10 matches while CSK remained at the bottom with all hopes of making the playoffs mostly diminished. However, the Pandya brothers had more than just the win to savour. “A memorabilia to cherish for the Pandya brothers” read the caption of the picture posted by Indian Premier League (IPL) on Twitter.

A memorabilia to cherish for the Pandya brothers #Dream11IPL pic.twitter.com/Yl34xsh4OH

Mumbai Indians posted the same picture on their social-media channels with a question thrown in: “Whose wardrobe is this getting into?”

Suryakumar Yadav, sensing an opportunity, was quick to comment: “Chalo no jhagda, mai le jaata hu (No need to fight over it, I will take it away and resolve the issue).” 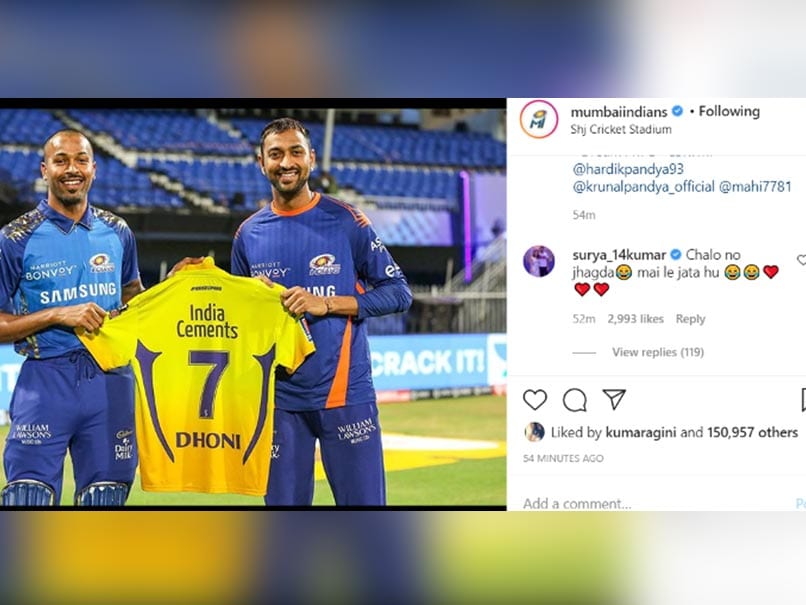 While Suryakumar and Hardik’s services with the bat or ball weren’t required in this match, Krunal took a wicket and a catch to help Mumbai restrict Chennai to 114 for 9 in their 20 overs.

In reply, Ishan Kishan (68 not out) hit a brisk half-century while Quinton de Kock remained unbeaten on 46 as Mumbai breezed to the target in just 12.2 overs.

The Mumbai bowlers put together a stellar show as CSK struggled to get any kind of momentum in their innings after being reduced to 3 for 4 in the third over of the innings.

Trent Boult and Jasprit Bumrah were menacing with the new ball. Boult finished 4 for 18 from four overs while Bumrah got 2 for 25.

Mi 11 To Launch Soon In India; How Much Will It Cost?