IPL 2020, CSK vs MI: “Have To Smile Even When Hurting,” Says MS Dhoni After 10-Wicket Loss To Mumbai Indians 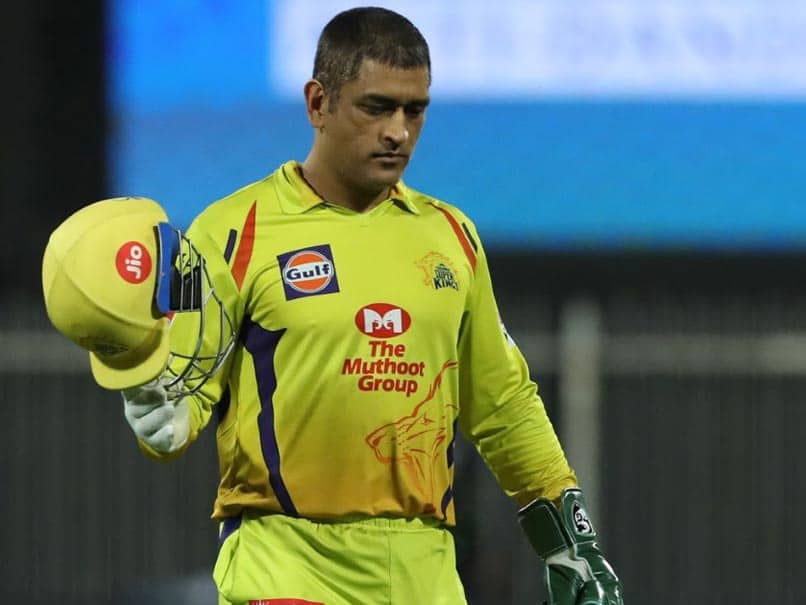 IPL 2020, CSK vs MI: Chennai Super Kings languish at the bottom of the table.© BCCI/IPL

Chennai Super Kings (CSK) skipper MS Dhoni introspected into the reasons behind his side’s struggle in the ongoing edition of Indian Premier League (IPL) on Friday, following a defeat by 10 wickets against Mumbai Indians. CSK were reduced to 43/7 at one stage after being sent in to bat, eventually posting a paltry total of 114/9. The cheap dismissals of openers Ruturaj Gaikwad and Faf du Plessis exposed the middle order too early, and the players surrendered their wickets meekly.

Dhoni admitted that it is necessary to don a smile despite being in pain, in order to avoid a state of panic in the toughest of circumstances.

“Even when you are hurting you put a smile on your face so that the management doesn’t look like they are in panic,” Dhoni said at the post-match presentation.

“That is what the youngsters want and I feel the boys have done that. We have kept the dressing room like that and hopefully we can turn it around in the next three games at least for pride,” he added.

Speaking on the humbling received on Friday, Dhoni said: “Whenever we did not get off to a good start it kept getting difficult for the middle order,” said Dhoni during the post-match conference.

The defeat on Friday was no isolated event, with the Chennai-based franchise finding wins hard to come by in the ongoing edition.

CSK’s defeat against MI made it three consecutive losses for the three-time champions, with the previous two coming against Rajasthan Royals (RR) and Delhi Capitals (DC).

“In cricket when you are going through a tough phase, you need a bit of luck to go your way. But in this tournament, it hasn’t really gone our way,” said Dhoni.

“Whenever you aren’t doing well there can be a hundred reasons. One of the main things you ask yourself is whether you are playing to your potential.

“When you put out a playing eleven and judge whether they have done well to justify their stats on paper on the field, I feel this year we have not done that,” he added.