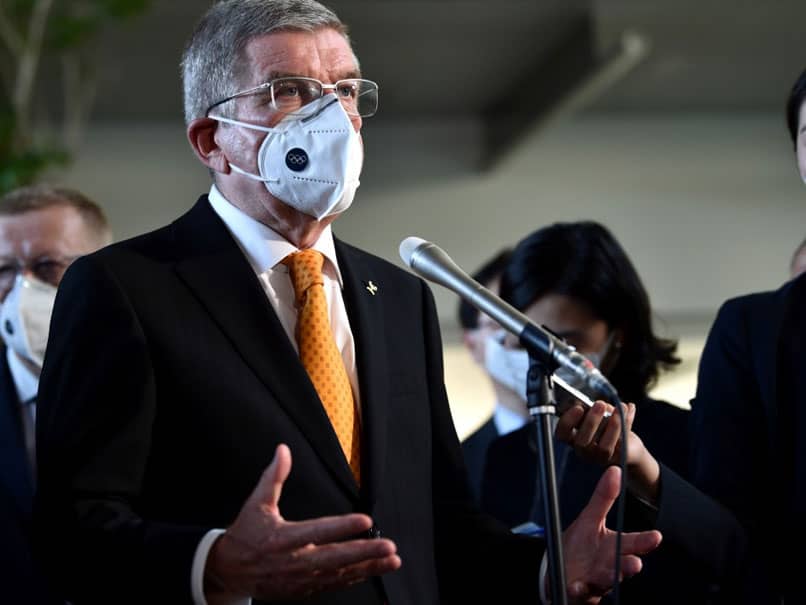 Thomas Bach said he is now “very confident” that spectators will be able to attend Tokyo Olympic Games.© AFP

International Olympic Committee chief Thomas Bach said Monday he is now “very, very confident” that spectators will be able to attend next year’s pandemic-postponed Tokyo Olympic Games. Speaking after meeting Japan’s Prime Minister Yoshihide Suga in Tokyo, Bach praised coronavirus countermeasures being prepared by organisers and government officials. “We are putting really a huge tool box together in which we will put all the different measures we can imagine,” he said. “Next year… we will be able to take (the) right tools out of this tool box and apply them in order to ensure safe environment for all participants in the games.”

“This makes us all very, very confident that we can have spectators in the Olympic stadia next year,” Bach said.

The Olympic chief also pledged that the IOC would “undertake great efforts” to make sure as many participants and spectators as possible are vaccinated before arriving in Japan, if a vaccine is available by next summer.

Bach is in Tokyo for a two-day visit seen as intended to bolster confidence among athletes, Japanese citizens and Olympic sponsors about the prospects for the first Games postponed outside of wartime.

Spiralling coronavirus infections across much of the world, and renewed lockdowns, have once again raised questions about whether the Games can really be held next year if the pandemic is not under control.

Japan’s public remains sceptical, and more than 60 per cent of domestic sponsors have yet to commit to extending their contracts for another year, local media reported this weekend.

But there are glimmers of hope for organisers and Japanese officials, who have insisted a further delay is not on the table, and that cancellation is not being discussed.

News last week of positive results in a late-stage vaccine trial were welcomed by Tokyo 2020 officials as a “relief”.

And Tokyo this month successfully staged a four-nation gymnastics competition, its first international sporting event during the pandemic, hailed as proof the Games are possible.

Japan’s government has continued to insist the Games will go ahead, with Suga reiterating Monday that they would serve “as proof that mankind overcame the virus”.

IndiGo to charge Rs 100 for check-in at airport counters