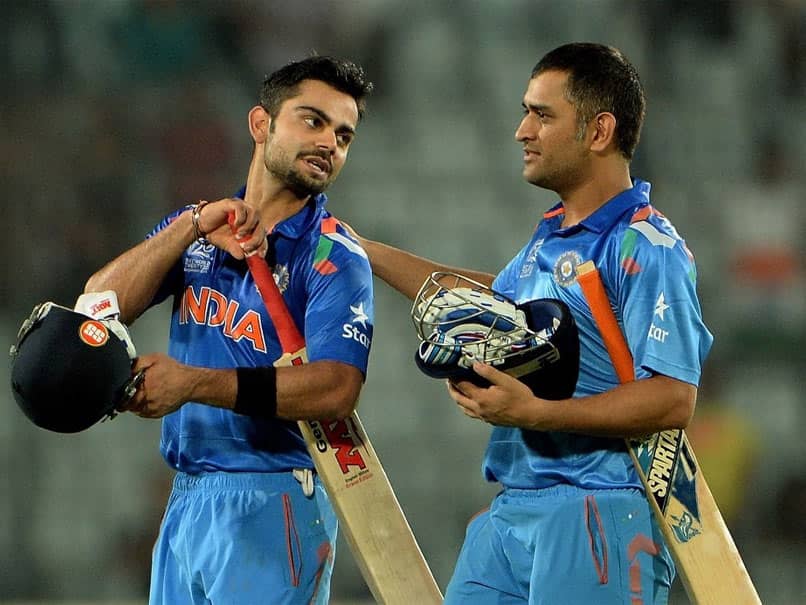 The International Cricket Council (ICC) took to Twitter on Wednesday to share a video from 2014 T20 World Cup highlighting former India captain MS Dhoni’s “sweet gesture” for Virat Kohli in the semi-final clash against South Africa. In that match, MS Dhoni defended the final ball of the 19th over to give Virat Kohli, who was batting on 68, the opportunity to finish the game for India as they needed just one run to book a place in the final.

Dhoni, who made his international debut on this day 16 years ago, led India to the final of 2014 T20 World Cup. However, India lost in the final to Sri Lanka.

In the semi-final against South Africa, India were tasked to chase 173 runs at the Sher-e-Bangla Stadium in Dhaka.

Kohli remained unbeaten on 72 while Ajinkya Rahane and Rohit Sharma also chipped in with handy contributions.

Dhoni, one of the most successful captains in the history of Indian cricket, announced his retirement from international cricket in August this year.

Dhoni averaged over 50 in the ODIs and slammed 10 centuries.

Dhoni remains the only captain in international men’s cricket to have won all the three major ICC trophies – 50-over World Cup, T20 World Cup and Champions Trophy.

During Indian Premier League 2020, Dhoni confirmed that he will return next year to take the field for Chennai Super Kings in IPL 2021.

Tokyo Olympics To Cut Back On Athletes At Opening Ceremony