The fascination with speed has been the core catalyst behind the advancements in computing hardware. Faster processors not just make existing tasks faster but also enable new features that would not have been possible previously. These new features enable new possibilities and allow hardware to go beyond what they were originally designed for. 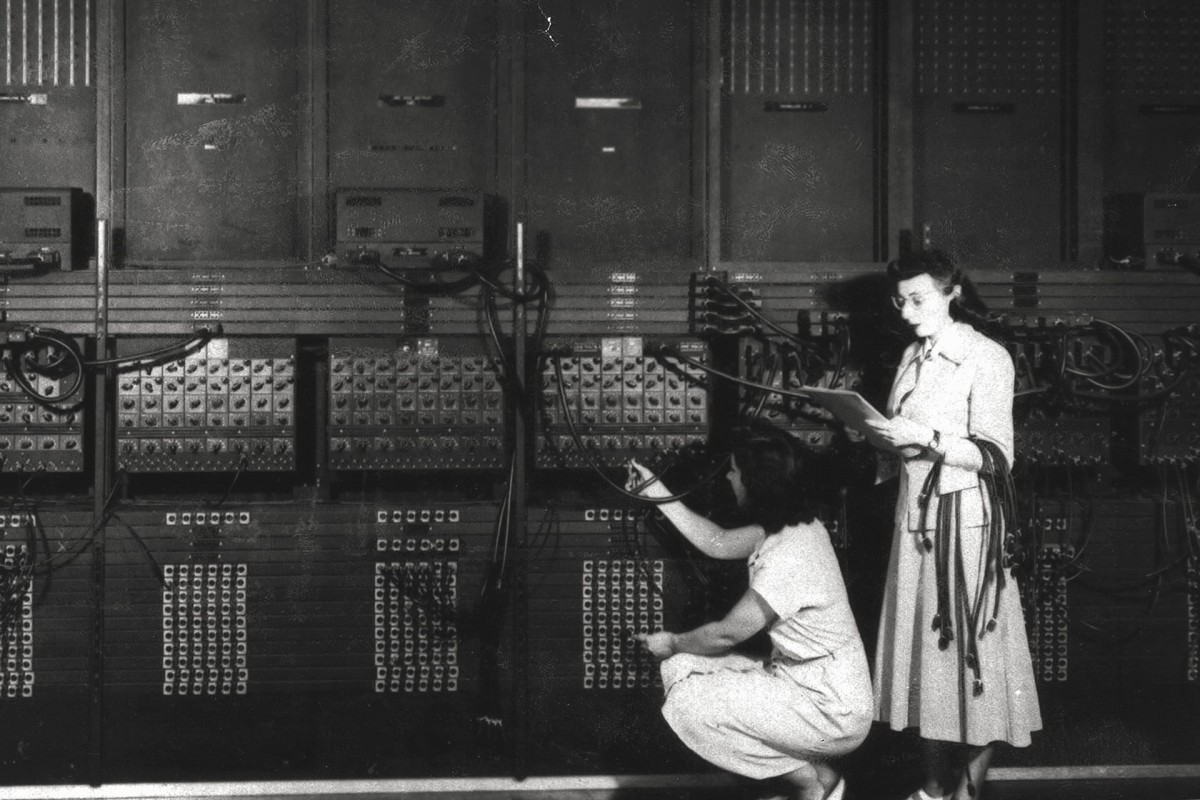 ENIAC – One of the first electronic programmable computers in the world. Less powerful than the AirPods.

However, as we approached the limit of Moore’s Law, it became apparent that any further advancement would come at a cost. The cost of power consumption, the cost of heat, and the cost of actual money. In the past, these costs were inevitable. If you wanted a usable computing experience, you had to pay the price. However, as manufacturing processes advanced, it became possible to have hardware that met your needs and provided a satisfactory experience without having to get the best and most expensive. To the point where I don’t think phones need to have the fastest and most powerful chipset anymore, and in some ways, it may be causing more harm than good.

Let’s consider the cost of power. It’s no rocket science that a more powerful processor requires more electricity to run. As fabrication processes get smaller and more efficient, we now require less electricity to power the same number of transistors. But while this is passed on as a power-saving on budget and mid-range chipsets to the consumer, on the flagship chipsets, this power-saving is used to put in even more transistors on the die. This means while we see some reduction in power consumption year over year, flagship chipsets remain the most power-hungry component in our smartphones.

In the past, these flagship chipsets provided experiences that weren’t possible on the lower-end models. It was worth it to pump in all that electricity through these chips to provide the speed and features consumers demanded. But these days, most mid-range smartphone chipsets can provide perfectly usable performance and also enable a wide range of features from high-resolution cameras to gaming and AR functionality. 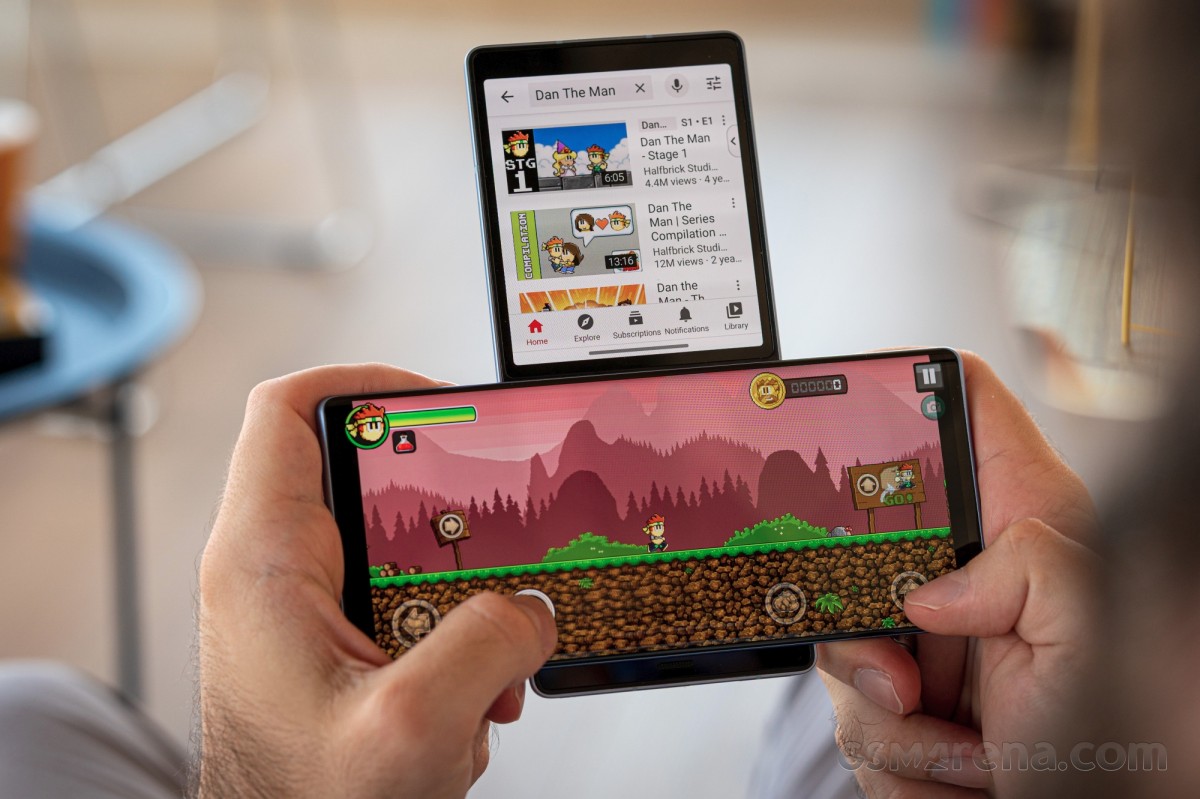 A great example of this is the recent Qualcomm Snapdragon 765G chipset, which we used on devices such as the OnePlus Nord, the LG Wing, the Pixel 5, and the vivo X50 Pro. In all these phones, we found the performance of this chipset perfectly adequate and didn’t think they were missing out on anything by not having the flagship chipset.

The power requirements of a chipset directly influence the design of the rest of the smartphones. Android smartphones started getting bigger not necessarily because people wanted them to but because there was no other option. The more powerful chipsets that had to be put in these phones necessitated a larger battery, so the entire phone had to be bigger.

It’s the major reason why Android has rarely had compact flagship smartphones. The power-hungry nature of the processors meant you had to have a large battery to provide usable battery life, which couldn’t possibly fit inside a small phone.

Apple mostly got around this issue by designing its hardware and software from scratch. Having such incredible vertical integration allowed the company to go further than its rivals and continue keeping the footprint of its devices small while still being powerful. However, Apple is an exception in this case and very few companies can match what it can do in this regard.

The other cost of speed is heat. If you put a lot of electricity inside a silicon chip that doesn’t do any physical work, there’s only one thing all that energy can turn to, and that’s heat.

As someone who likes to build and tinker with computers as a hobby, I can say that cooling is about as important as the overall performance of the computer. If you don’t cool all your components properly, it will result in overheating and reduced performance. By not cooling your components correctly, you are literally getting less out of your hardware than you paid for. So as your computer gets bigger and more powerful, it also needs bigger and more efficient cooling. It’s why desktop computers are better than laptops at sustained workloads because they can dissipate all that heat better and keep working at full speed. 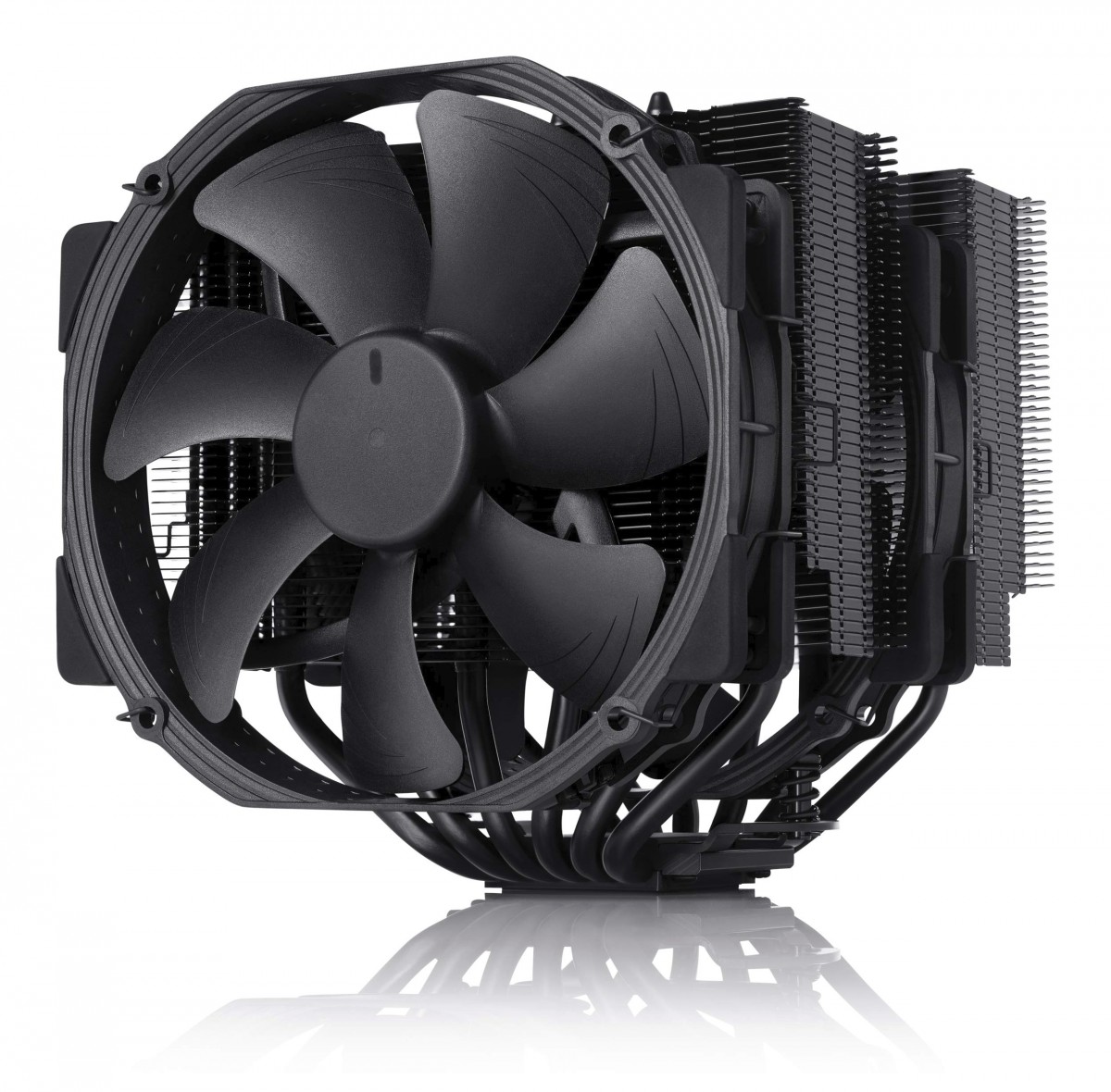 Sometimes all you need in life is a Noctua NH-D15 cooler with dual 140mm fans and 6 heat pipes.

But as the components inside smartphones get more powerful, we haven’t really seen a similar increase in their cooling capacity. Current flagship processors have enough performance to power a computer. Many of them even do. The Microsoft SQ series of processors that power the latest Surface Pro X are just the flagship smartphone chips with minor changes. The Mac mini Apple used to demonstrate its WWDC 2020 keynote was running the A13X from the iPad Pro. These are not slow processors.

But despite their capabilities, they are often put inside these tiny little frames with no ventilation or active cooling and surrounded by other hot components. All they have to dissipate their heat is a tiny strip of copper, which terminates two inches away from where it began.

With thermals this limited, smartphone manufacturers have just two choices left; downclock these components so that they never reach their full potential or run them at high speed only for brief durations. Most of them choose to do both. 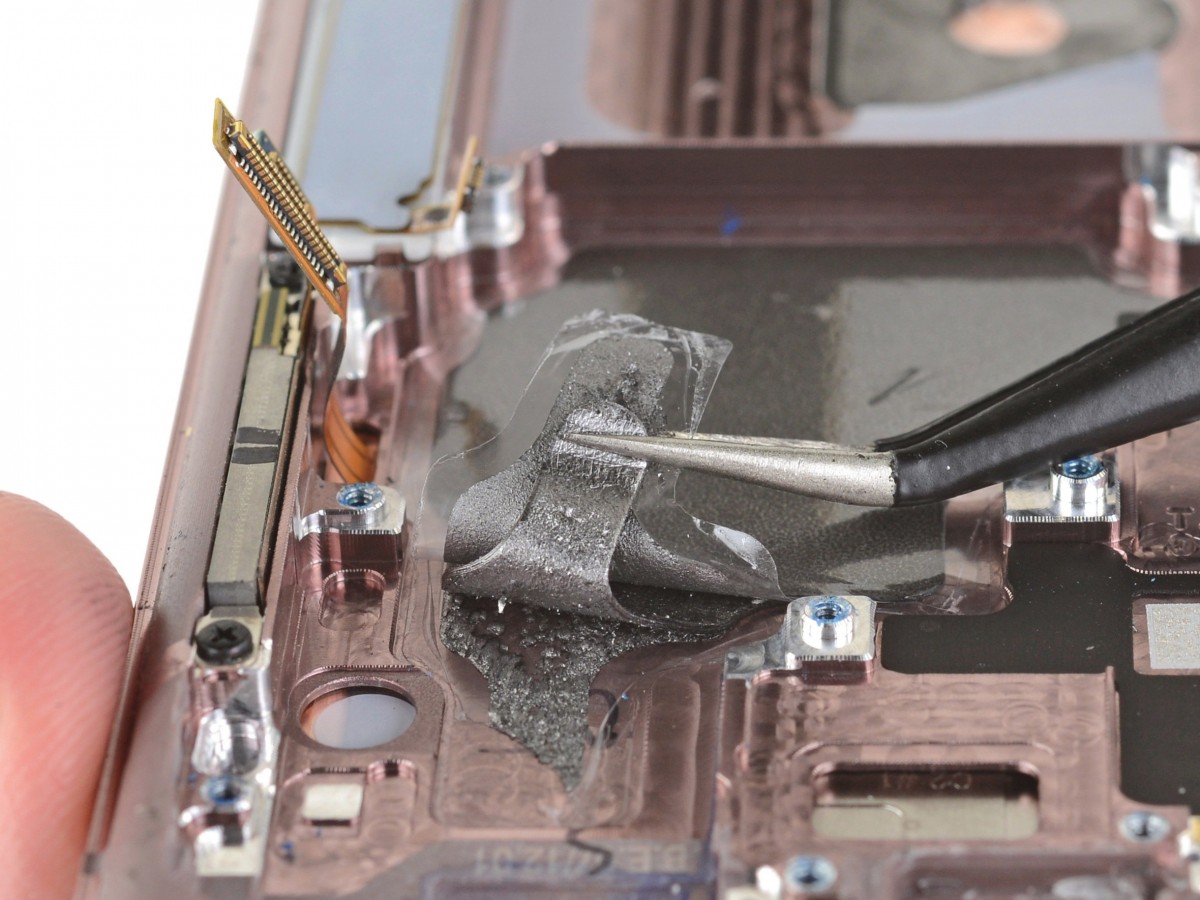 What this means in simple terms is you’re not getting what you paid for. You have a processor in your phone that can easily power a computer but has been slowed down so your phone won’t melt. It is also allowed to run at that reduced speed for short duration only, after which it gets slowed down even further because even those temperatures cannot be sustained when all you have is a strip of gum and the user’s sweaty palms as your heat sink.

The only reasonable solution we have seen to this heat is from companies like Asus, who not only built a giant phone, thereby trying to solve both the power and heat issues at the same time, but they also provided a fan in the package for active cooling. This isn’t a practical solution for a smartphone but it is the most effective to get rid of the heat. If you want to have your flagship chipset cake and eat it too, you have to cool it properly, otherwise, you are just wasting your money. 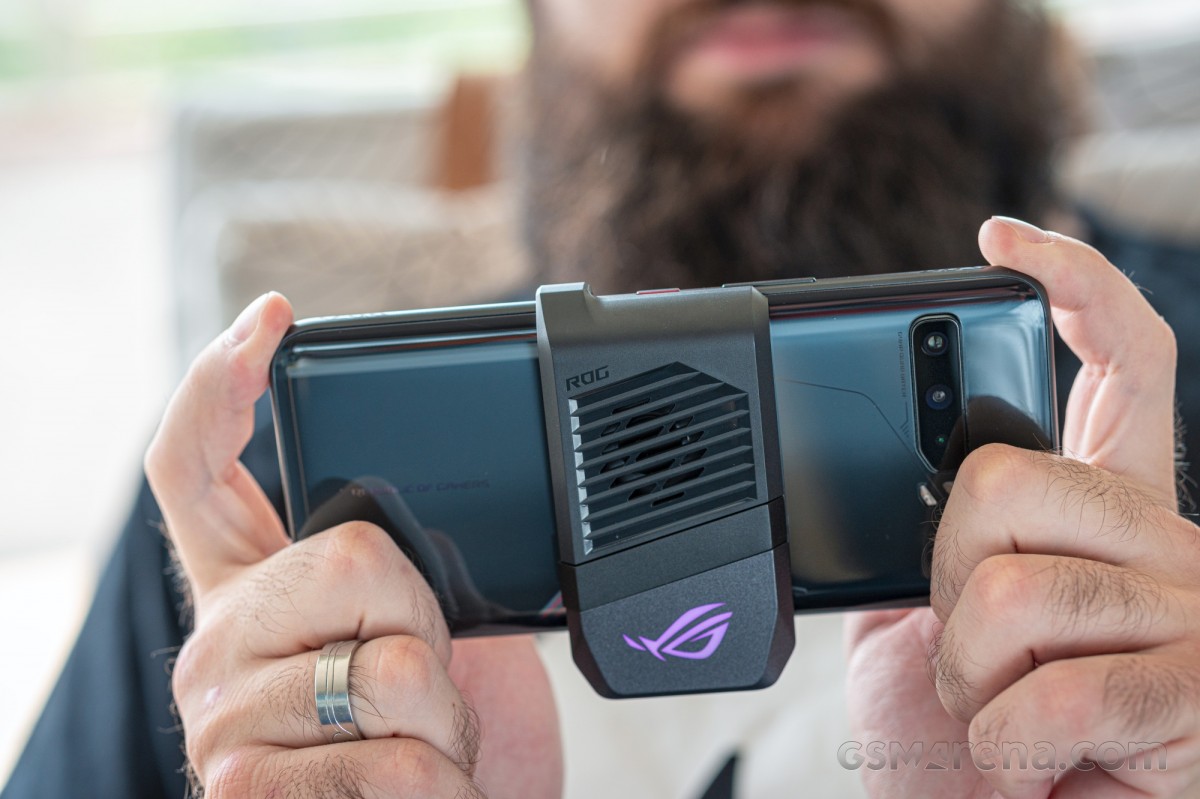 Big fan of this phone.

Budget and mid-range chipsets usually don’t have this issue. They benefit from all the improvements in manufacturing processes and die shrinks but they have a smaller die to begin with, so they end up using even less power and thereby produce less heat. You will rarely see a budget or mid-range chipset phone overheating even when running full power because there really isn’t that much power flowing through it.

In some ways, flagship chipsets feel like driving a supercar while the mid-range chipsets feel like a hot hatch. One has loads of power, most of which is unusable outside of certain situations while the other lets you get the most out of it in everyday use. Both can be enjoyable in their own ways just that one is more practical. 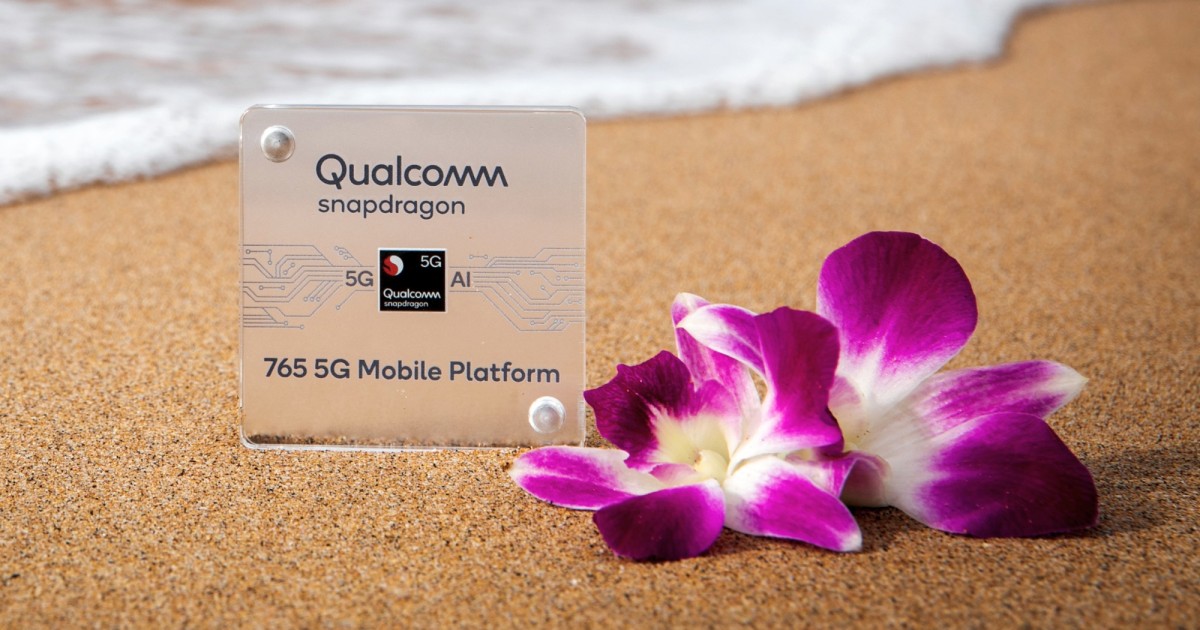 Silicon in its natural habitat

A big part of the user experience is also down to things like improved software optimizations, high refresh rate displays, fast storage and memory, and faster networking. These things contribute a lot to the overall performance of a device, especially how it feels in day to day applications. These features are now increasingly common on mid-range smartphones and are a big reason why we no longer feel the need to have the fastest chip in there. In fact, in most situations, a faster chip offers little extra and can only really stretch its legs on more demanding tasks. That is until it gets dragged down when it hits its temperature limit.

The last issue is cost. Flagship processors are undeniably more expensive to manufacture. For companies that don’t design and fabricate their own chips, this cost is even higher. The Snapdragon 865 reportedly costs around $160 with the modem, a cost that is said to go even higher with the next-generation chipset. And having a powerful chipset is only half the story, as you then have to build an entire system around it to support it, including the thermal capacity.

Manufacturers have tried to do phones which are essentially just a powerful chipset in a budget phone body. It’s basically what the original OnePlus One was back when it launched in 2014 and we saw Xiaomi try to do something similar with the Poco F1. The thing is, these experiments usually don’t work out as you are still paying a pretty penny for the chipset and after having reduced all the other components around it you end up with a less than ideal smartphone experience. Both OnePlus and Xiaomi have since then resorted to making more traditional smartphones with higher prices and more balanced feature sets. 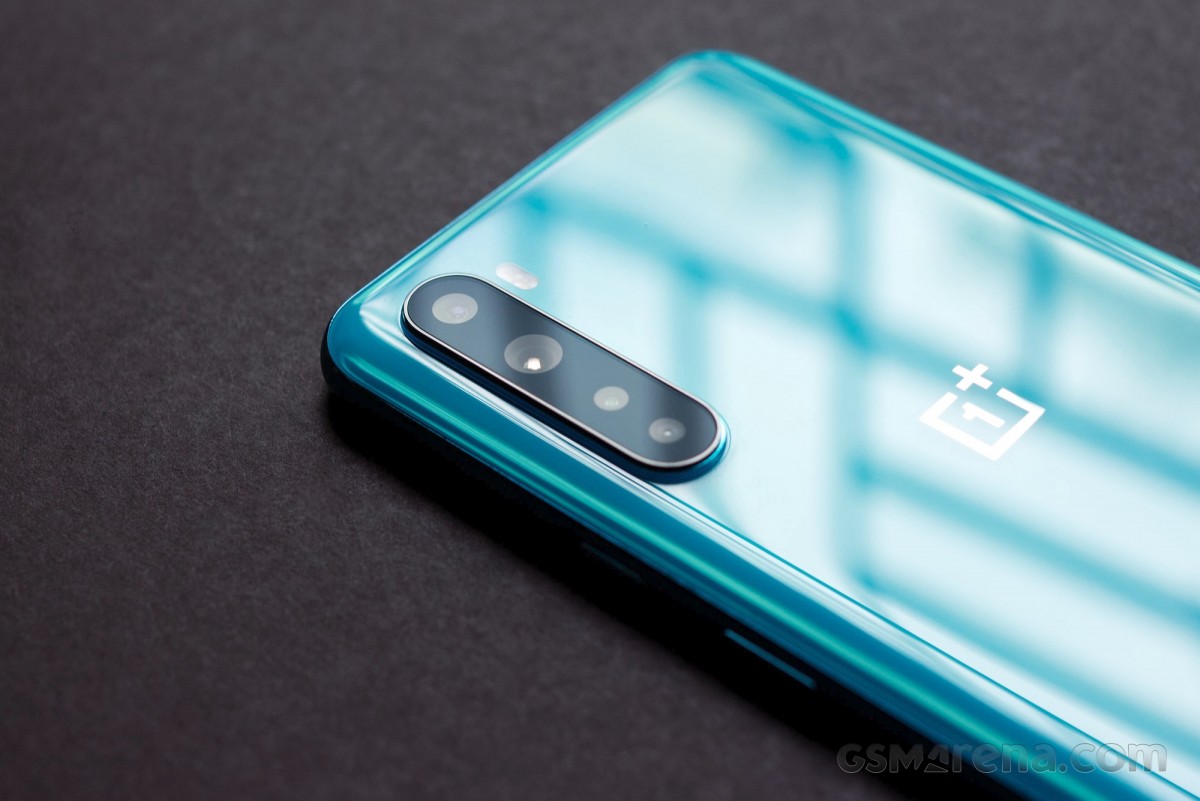 On the other hand, smartphones like the OnePlus Nord absolutely show that you can completely reverse that formula and have it work. A phone with a fairly well-rounded and robust feature set of a nearly premium smartphone but with a mid-range chipset can actually provide a really great overall experience that doesn’t feel compromised in any way. And since the core component doesn’t cost an arm and a leg, the economics also tend to work out better.

A lot of premium smartphones don’t cost more because they have a lot of features but rather they have more features to justify their cost. Including a lot of expensive components tends to bloat the price tag and when you add all the other costs, the manufacturers then have to struggle with adding more features to justify it. It’s the reason why the new OnePlus phones cost more; the internal components are more expensive to make than they were in 2014 and so it’s no longer possible to keep selling phones for $300 when the processor alone would cost half of that.

Of course, a large part of the cost today also comes from device manufacturers and carriers trying to shove 5G down our throats, but that’s a discussion for another day.

To sum all this up, flagship chipsets today offer a lot less value than they did a few years ago. Most of this is down to how good mid-range chips are now, offering a lot more usable performance without the power and heat penalty. A flagship chipset would still be nice to have if you’re spending upwards of $1000 on a phone or if you’re buying a tablet with the intention of getting some actual work done, provided it is adequately cooled. But for most of our everyday use, they are just too power-hungry, hot, and expensive, and if I am being honest, mostly unnecessary.

‘Felt like I was the loneliest guy in the world’