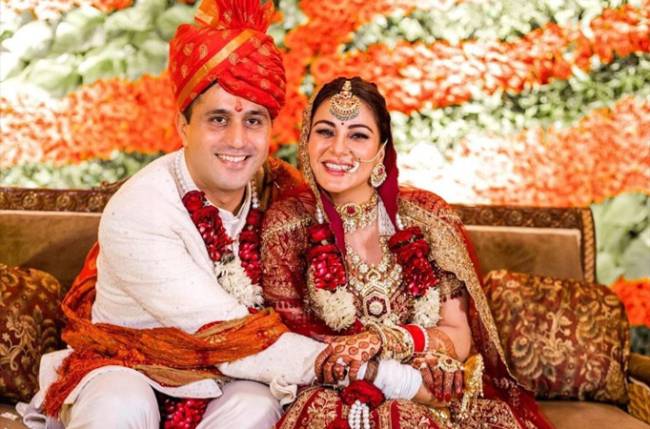 MUMBAI: Zee TV’s top-rated show, Kundali Bhagya, has offered several interesting twists to its viewers since its inception. The constant drama in Karan (Dheeraj Dhoopar) and Preeta’s (Shraddha Arya) lives has surely kept everyone at the edge of their seats over the past few months. The reel characters of the show have given the audience quite a few shocks, however, it was our very own Preeta a.k.a Shraddha Arya’s real-life news that left everyone astonished. The actress got married to Rahul Nagal on the 16th of November in a very intimate ceremony. While close friends and family knew about the nuptials, the news did leave a few genuinely surprised. A lot of celebrities from across the television industry wished her on her big day, however, it was Ekta Kapoor’s quirky message that you truly cannot miss!
The actor’s wedding became the talk of the town instantly with pictures from the marriage pouring in on social media. Sharing a nice photograph from their reception, Ekta Kapoor who also happens to be the producer of Kundali Bhagya, wrote a sweet note while congratulating and wishing the couple a happy married life. Playing around the name of the show, Ekta Kapoor said that Preeta (Shraddha Arya) met the man (Rahul Nagal) in her Bhagya and that they didn’t have to match their Kundalis for that. It was a really cool congratulatory message and was surely a really nice gesture on Ekta’s part to wish her lead actress on her special day.
Ekta Kapoor wrote, “Preeta met the man in her bhagyaaa! Kundali milana nahi pada! My dearest @sarya12 have a super married life! You both look lovely. JAI MATA DI.”

While Shraddha Arya’s wedding has got all her fans and viewers of the show excited, looks like a lot of twists and turns are all set to rock Karan and Preeta’s lives.
To know more, tune into Kundali Bhagya every Monday to Friday at 9:30 PM only on Zee TV!

David Letterman Mourns His ‘Late Show’ Announcer Alan Kalter, 78, After Death: He ‘Did It All’