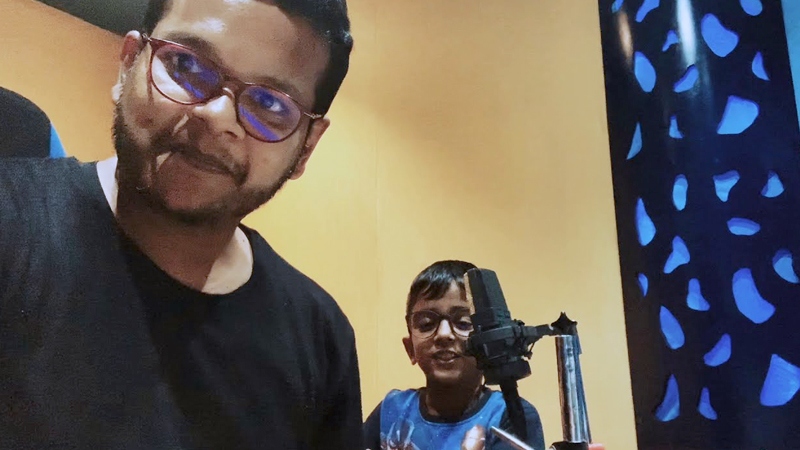 Ghibran one of the most sought-after music directors never fails to turn his songs into hits and sway audiences with his background score. He has become one of the few composers that Kamal Haasan has worked regularly with in films such as ‘Uttama Villain’, ‘Vishwaroopam 2’, ‘Kadaram Kondan’ and others.

Ghibran has revealed that his six-year-old son has composed, and sung a song “Maska Kaanom” which is releasing as a Children’s Day treat on November 13th. He has posted a video of the little boy expressing himself and hinting that he is one for the future in the music world.