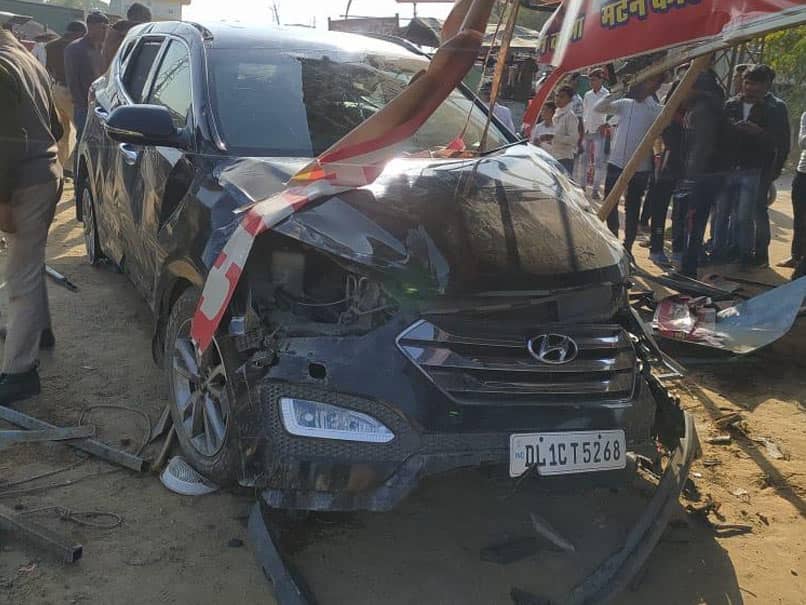 Former Indian cricket team skipper Mohammad Azharuddin escaped unhurt on Wednesday when an SUV in which he was travelling along with three other people overturned in Sawai Madhopur district near Jaipur, said police. Three other passengers of the vehicle too escaped unhurt but an employee of an eatery near which the SUV overturned received minor injuries, said SHO Chandrabhan Singh of Soorwal police station.

Singh said the vehicle overturned into the adjoining field when the driver was negotiating the traffic near a roadside eatery and got too close to the edge of the road and got imbalanced. The accident occurred barely six km from Ranthambore, the SHO said.

He said after the accident Azharuddin and his co-passengers along with the eatery staffer were taken to a hospital from where the former cricketer-cum-Lok Sabha MP and his three companions were discharged.

The eatery staffer too was discharged after the first aide, the SHO said, adding Azharuddin later resumed his journey in another vehicle and reached his destination safely.

Rafael Nadal Says Not Everyone Needs To “Advertise” How They Help Others, Apparent Swipe At Novak Djokovic

‘Use data for Op Vax, delete it afterwards’