Bollywood film producer Firoz Nadiadwala’s wife Shabana Saeed was arrested on November 8 by the Narcotics Control Bureau (NCB) in connection with the ongoing Bollywood drugs probe, after a raid at their residence in Mumbai. FilmiBeat has learnt that in a follow-up operation of the agency, wherein 717.1 gm ganja, 74.1 gm charas and 95.1 gm MD (commercial quantity of mephedrone) were seized along with Rs 3,58,610, and four persons arrested, a team of NCB officials intercepted Shabana Saeed today and searched her house in presence of two independent witnesses. NCB official Sameer Wankhede has confirmed the arrest to us.

According to the NCB, during the house search, 10 gm ganja, which was procured from accused drug peddler Wahid Abdul Kadir Sheikh alias Sultan, was recovered. The said Shabana Saeed was issued notice u/s 67 of the Narcotic Drugs and Psychotropic Substances Act, 1985 (NDPS Act). After recording her statement, she was placed under arrest.

A lot of high-profile people from Bollywood have been questioned by the NCB in the drugs probe, including Deepika Padukone, Sara Ali Khan, Shraddha Kapoor and Rakul Preet Singh. Deepika Padukone’s manager Karishma Prakash had also been questioned by the NCB, and recently resigned from her position at KWAN Talent Management Agency following the probe. 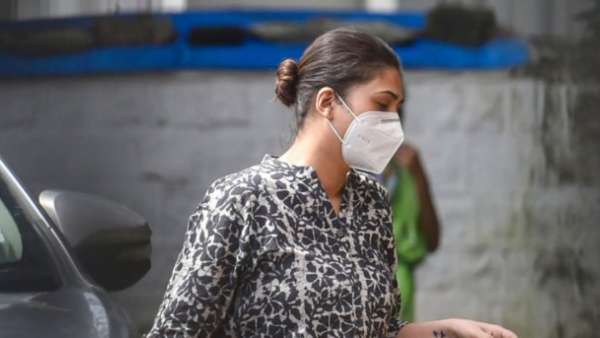 ALSO READ: Karishma Prakash Resigns From KWAN; Agency Says She Has Nothing To Do With Deepika Padukone

Kshitij Prasad, executive producer with filmmaker Karan Johar’s company Dharmatic, was also arrested by the NCB and his bail plea has been opposed by the probe agency.

The investigation began in connection with the Sushant Singh Rajput death case and the alleged involvement of the actor’s ex-girlfriend and actress Rhea Chakraborty in procuring drugs for him. Rhea Chakraborty was arrested by the NCB and spent time in custody for almost a month before being granted bail by the Bombay High Court on October 7. Rhea’s brother Showik Chakraborty was also arrested in the case and is still in custody.

Thalapathy 65: Is AR Murugadoss Out Of The Vijay Starrer?