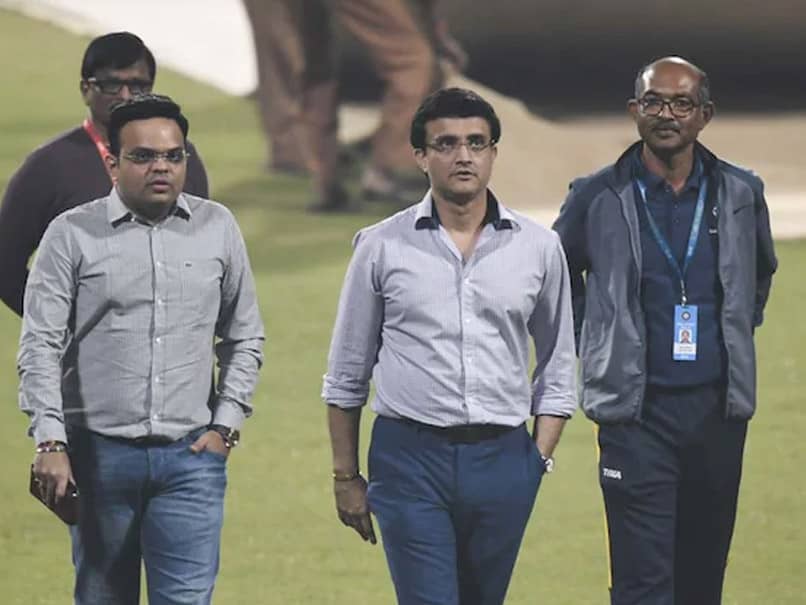 On January 2, Sourav Ganguly suffered a mild heart attack and was admitted at a Kolkata hospital.© AFP

BCCI secretary Jay Shah will be attending the ICC Board meeting later this month in place of president Sourav Ganguly, who is recovering from a minor heart attack. The convention at ICC meetings is that board presidents of member nations attend the Board of Directors meeting while secretary attends Chief Executives Meeting (CEC). The secretary is also an Alternate Director at the ICC board. “Our secretary (Shah) will be representing BCCI at the next ICC board meeting as Dada is recovering and has been advised rest. This is only for this meeting,” Dhumal clarified to PTI after conflicting reports emerged about a change of BCCI representation at the ICC Board.

“Since the secretary will attend the board meet, I was asked to attend the ICC CEC meet which was virtually held recently,” Dhumal said.

It is understood that the T20 World Cup in India will be one of the main issues discussed in the meeting. On January 2, Ganguly suffered a mild heart attack and was admitted at a Kolkata hospital where he underwent angioplasty. The former India captain has been advised complete rest for three weeks.

South Africa Will Have To Play 2 Different Squads Against Pakistan, Says Graeme Smith