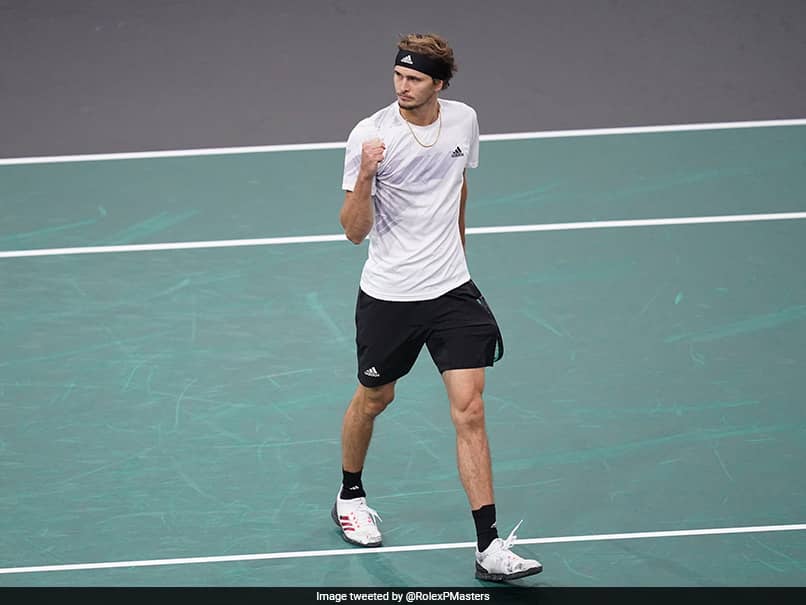 Alexander Zverev produced a brilliant display on Saturday to end Rafael Nadal’s hopes of a first Paris Masters title and set up a final against Daniil Medvedev. The German fourth seed dominated Nadal at Bercy Arena to win their semi-final 6-4, 7-5 and claim his second straight victory over the 20-time Grand Slam champion after also taking their clash at last year’s ATP Tour Finals. “I’m extremely happy, how the season continued for me after the break has been pretty good,” Zverev told Amazon Prime Sport. Nadal was bidding to equal Novak Djokovic’s record of 36 Masters titles this week but will instead turn his attentions to his attempt for a maiden ATP Finals success ahead of the season-ending event starting in London on November 15.

The 23-year-old Zverev is on a 12-match winning streak after claiming back-to-back tournament triumphs in Cologne.

His run in Paris continues an excellent season for the world number seven, who also made the 2020 US Open final only to lose to Dominic Thiem from two sets up.

Zverev has put his improvement down to the work he did with new coach David Ferrer during the coronavirus lockdown.

“The biggest influence was the practice time we had during the Covid break,” he added.

“I think we improved a lot of things and it’s showing now.”

He will be confident going into Sunday’s final, taking in a 5-1 winning record over third seed Medvedev, who beat Milos Raonic in the first semi-final 6-4, 7-6 (7/4).

“The head-to-head is one thing, but in a final it’s always different,” added Zverev, who lost to Medvedev in last year’s Shanghai Masters final.

Priyamvada Singh opens up about ‘Turning Point’ in Shaadi Mubarak